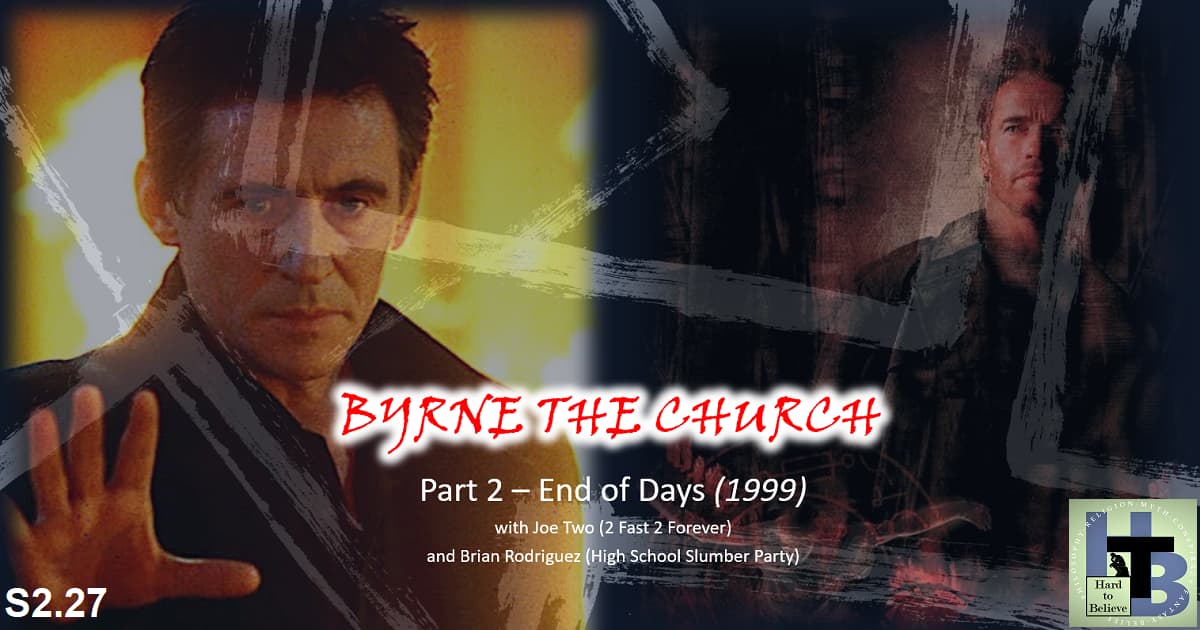 Just over a month before the actual end of days occurred on January 1, 2000 (as we’re sure you’ll recall), the world was treated to a preview of exactly how it would go down (Or wouldn’t go down??? As it turns out???)

End of Days is a very weird movie that hit theaters during a very weird time in our recent history, as actual educated adults began preparing for the Y2K bug to bring on the End Times in the form of stock market collapses and planes falling out of the sky and nuclear missiles setting themselves off, followed by Jesus (or maybe Arnold Schwarzenegger?) stepping in to clean up our mess. Either way, lots of people built lots of makeshift bunkers stocked with lots canned food. While the rest of us watched End of Days, apparently, since the movie made more than two hundred million dollars, which in 1999 money was…a lot.

Anyway, Gabriel Byrne plays The Devil in it, and so John invited  Brian Rodriguez (of High School Slumber Party) and Joe Two (of 2 Fast 2 Forever) back to talk about this very weird movie, about which perhaps the craziest thing is how accurately it reflected what a lot of people believed was literally about to happen. Strap in, because God works in mysterious ways, and we’re about to endure the End of Days!