Hard to Believe #051 – Dr. Jonathan Farley – On how we should and shouldn’t think about mathematics 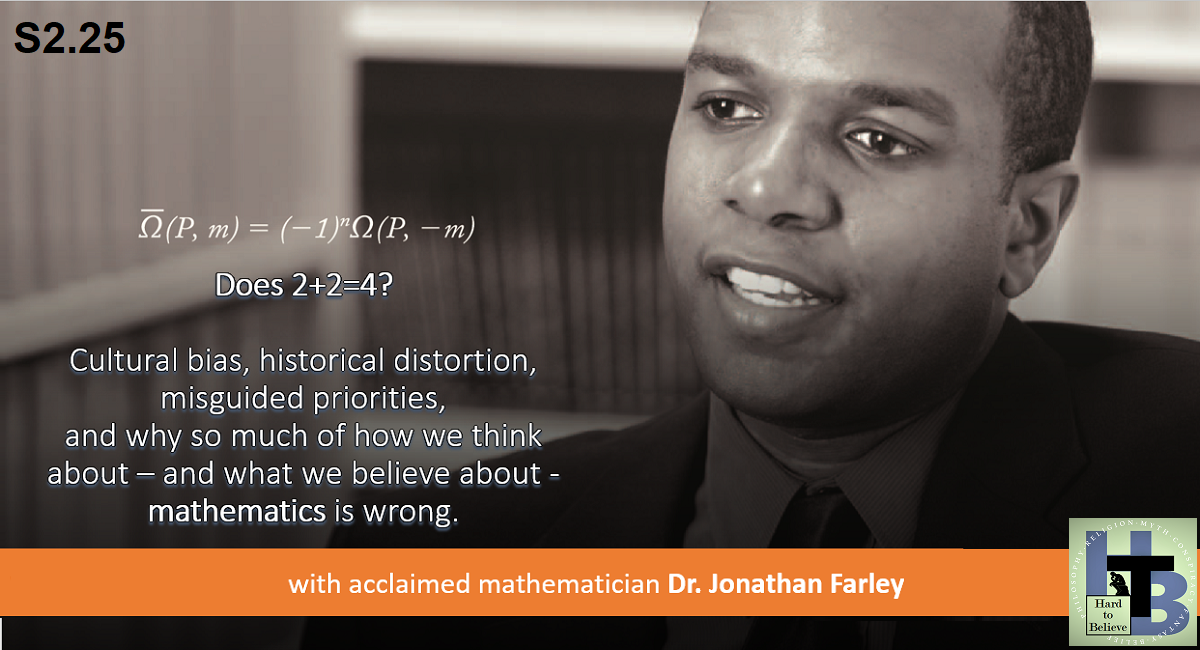 Is 2+2=4 a matter of cultural perspective?

A year or so ago, a reply tweet from a teacher named Brittany Marshall, in which she argued that the idea of two plus two equaling four was cultural, went insanely viral.

Most of the ensuing discourse was unhelpful – largely right-wing reactionaries going on about how woke leftists want to CANCEL MATH.

But the argument raises some important questions worth exploring. Does, in fact, our culture misrepresent math in some fundamental way that ultimately does us a disservice? Or is math truly universal in a way that should bypass cultural lenses and belief systems? Are we training kids to believe math is something it isn’t, and do they learn to hate math as a result?

John was inspired to take this up again when a listener reached out to suggest the broad topic of cultural bias in the language of math and science, and so he gave it some thought and reached out a mathematician who he thought could provide some insights – acclaimed mathematician Dr. Jonathan Farley.