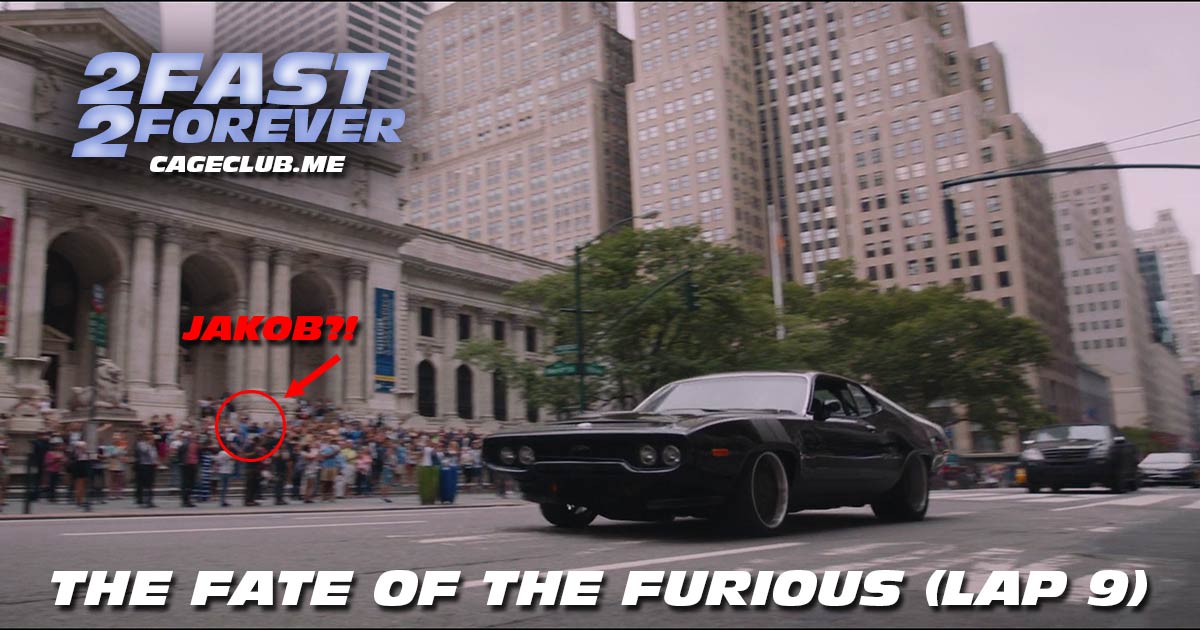 We’re hopping aboard a nuclear submarine and bringing High School Slumber Party’s Brian Rodriguez with us as we talk about The Fate of the Furious! After Joe talks about a possible ghost hotel (spoiler: it’s not) and Joey whines about AMC Theaters, we race down Alligator Alley in the 2 Fast 2 Furious Minute (20:40) before tackling the Cuban Mile in the Fate of the Furious (40:20). We discuss whether Cipher and Jakob’s lives intersect before F9 before diving deep into where the entities “Vin Diesel” and “Dom Toretto” and “Mark Sinclair” begin and end. Also: was Brian O’Conner not the first “Buster”? Are there more Toretto siblings we haven’t yet met? Can we bring the beloved character of Girl back into the fold?