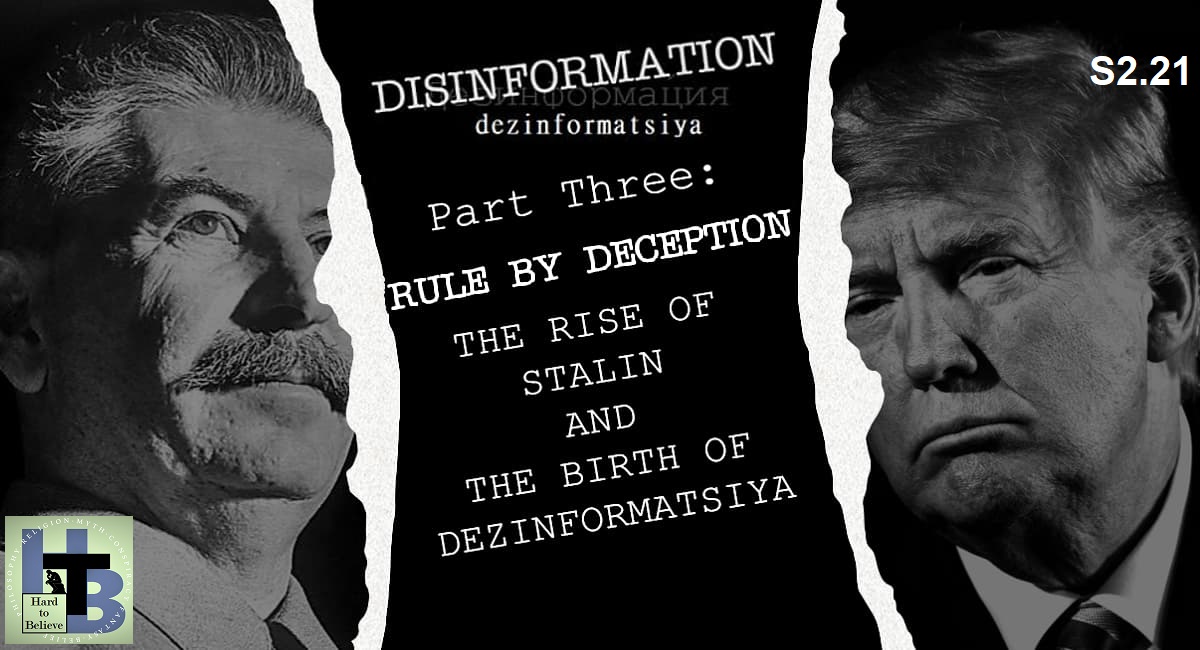 In the wake of the 2020 election, one meme, which had originated in the spring of 2019, flooded the most ardently MAGA corners of the internet. It featured an image of Soviet Dictator Joseph Stalin and the following quote.

To the MAGA world, Stalin’s words echoed eerily into the present. Like Stalin, the imposter president Joe Biden was, naturally, a Marxist bent on reconstituting America as a Communist hellscape in which Christianity was illegal and worship of the state was mandatory. But the problem with the meme is that the quote is fabricated. Stalin never said it.

In part three, our final episode of the first half of season 2, we look at how Stalin would use deception to take control of the Soviet Union and how his use of disinformation helped him tighten his group, reshape Russian foreign policy, and infect the American imagination for decades to come.

Sources for this episode include:

The outro music is a cover of Ruled by Secrecy by Muse, performed by Lena Hall.