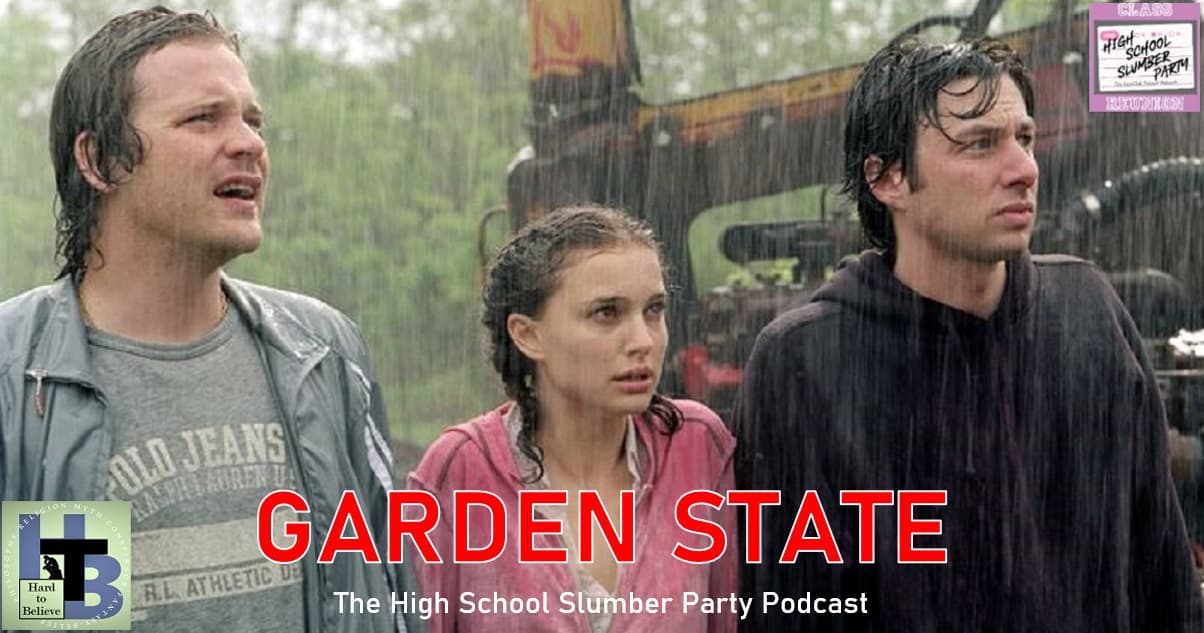 Brian recently appeared on our two episodes on Gabriel Byrne.

Garden State is a movie about which John has very strong, personal feelings, and one that he rarely gets a chance to discuss, which is why he was so thrilled Brian asked him and Cara Gael O’Regan to talk to him for High School Slumber Party’s High School Reunion episode Zach Braff’s 2004 directorial debut. We’re grateful that Brian let us post both parts of what became a two-parter on HSS on our show’s feed this week.

Make sure you check out and subscribe to Brian’s show, and we’ll be back with a regular episode next week. In the meantime, enjoy.