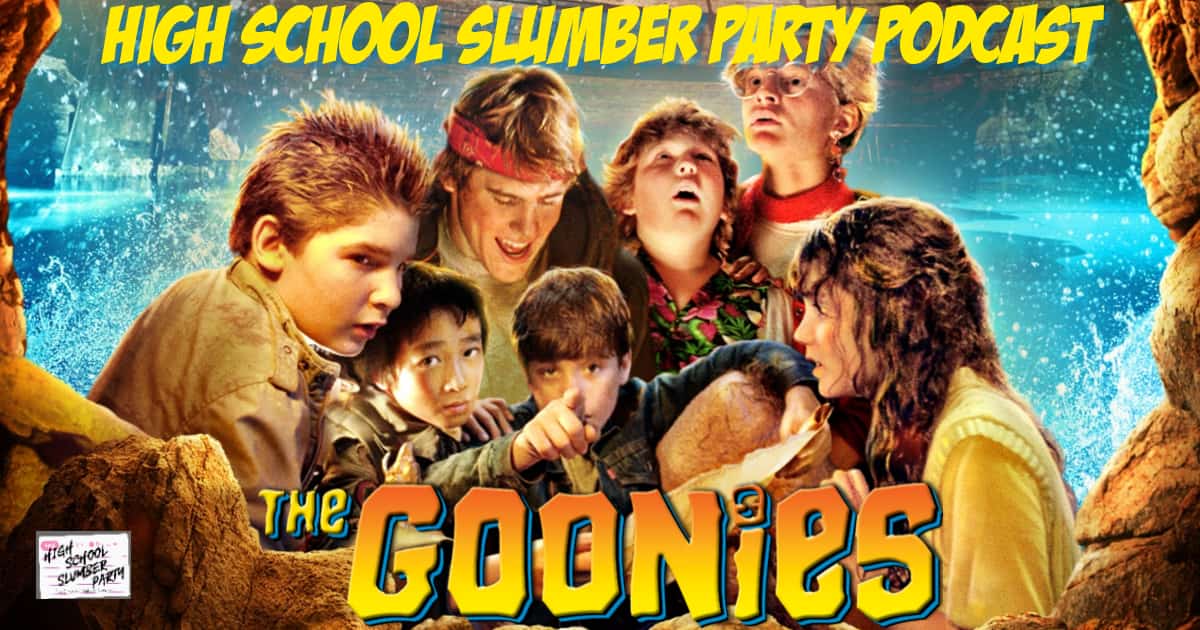 Hey you guys! Our Two Coreys series continues with an ICONIC Corey Feldman movie of the 1980’s; The Goonies. Produced by Steven Spielberg (and Kathleen Kennedy!), written by Chris Columbus and directed by Richard Donner, The Goonies is a huge part of a lot of peoples childhoods including our resident Corey expert Mike Manzi. Our other guest at the slumber party however has zero attachment to Mikey (Sean Astin), Brand (Josh Brolin), Mouth, Chunk or Data as Jordan Polan-Clarke has never seen The Goonies before watching it for the episode today. Will the Goonies be good enough for her? Also: Listen for a conversation about a brand new show coming to the CageClub Podcast Network!