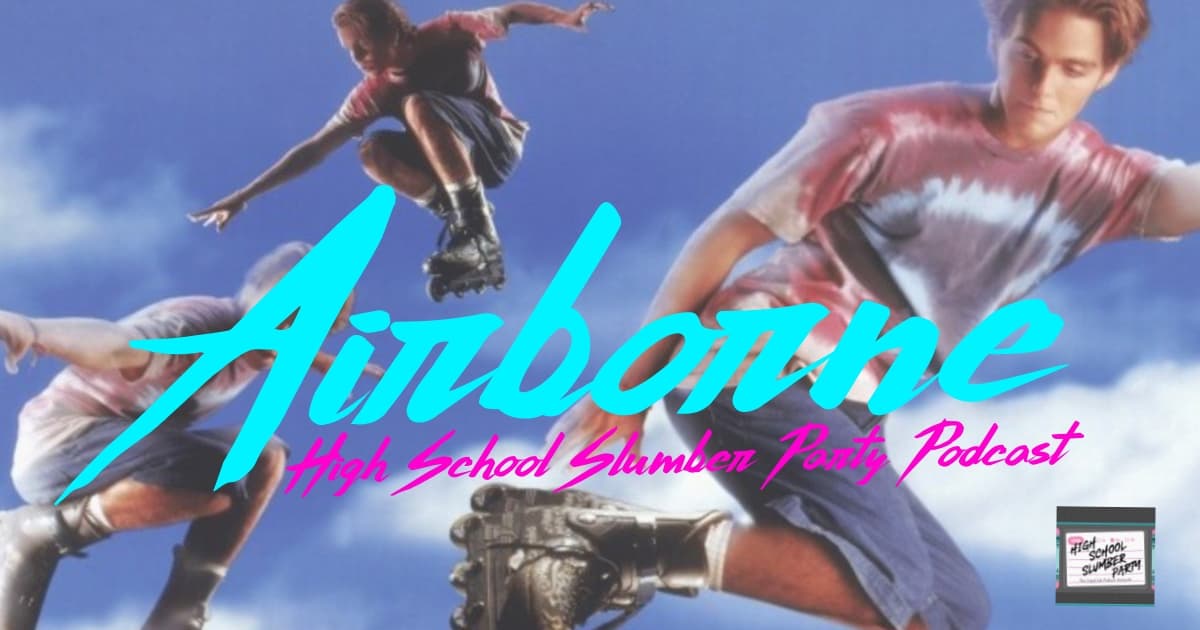 Chill, brah, and get set for an extreme edition of High School Slumber Party! Guest Chris Carroll is back to discuss one of his favorite films growing up: 1993’s rollerblading classic, Airborne! Featuring early screen roles of Seth Green and Jack Black, Airborne is the story of a surfing California high schooler who’s forced to move away from the waves and in with his aunt and uncle in snowy Cincinnati, while his parents study wombats in Australia. Who could forget the 20-minute-long roller race action scene at the end? Apparently, Brian, as he had no idea this film even existed.