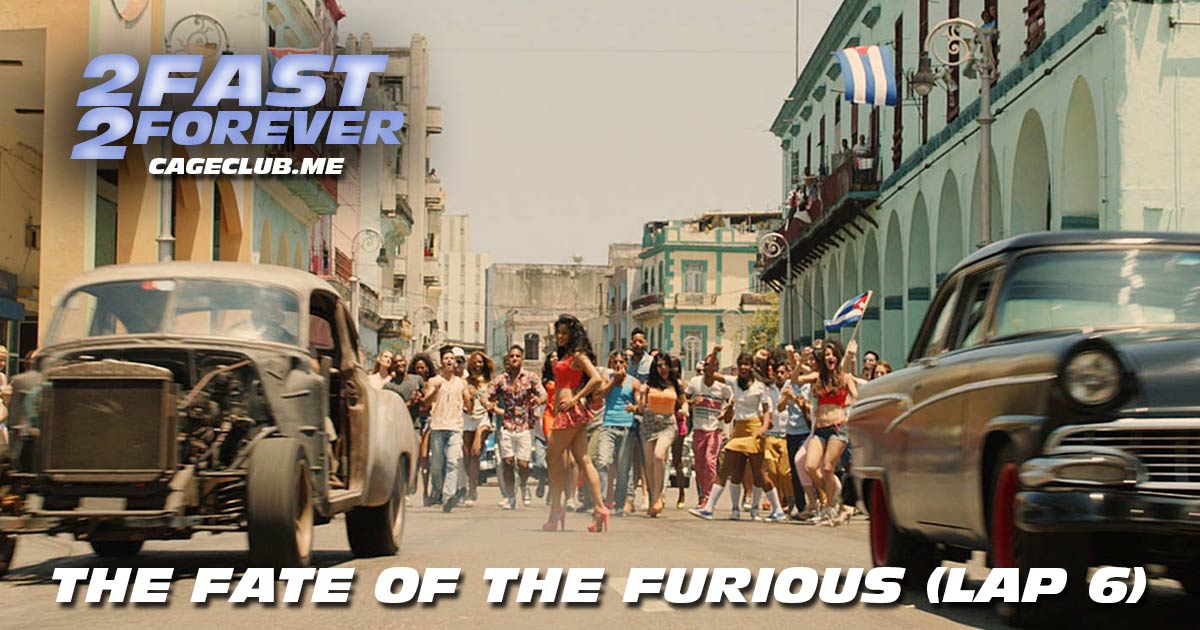 Could this be the lap where we unlock the full potential of The Fate of the Furious? We’re joined by Brian Silliman (@BrianSilliman) to talk about making deals and living up to them. But first, we wonder if the mailman called in sick, get sent to the principal’s office over our decision to take down Johnny Tran, and learn about the surprising — and surprisingly contentious — history of Purell. Then, Brian joins us and begins by throwing a monkey wrench into everything we thought we knew about preferences, dream roles, and favorite characters. We kick off our discussion in earnest by talking about what the tagline for The Fate of the Furious should have been, and then expand on how this franchise could cross over with the world of Men in Black, as well as the pivotal role that our guest would play. We also discuss Cipher’s role in the overall plan, and Joe finally does something that he’s always wanted to do. (Movie conversation begins around 32:10.)