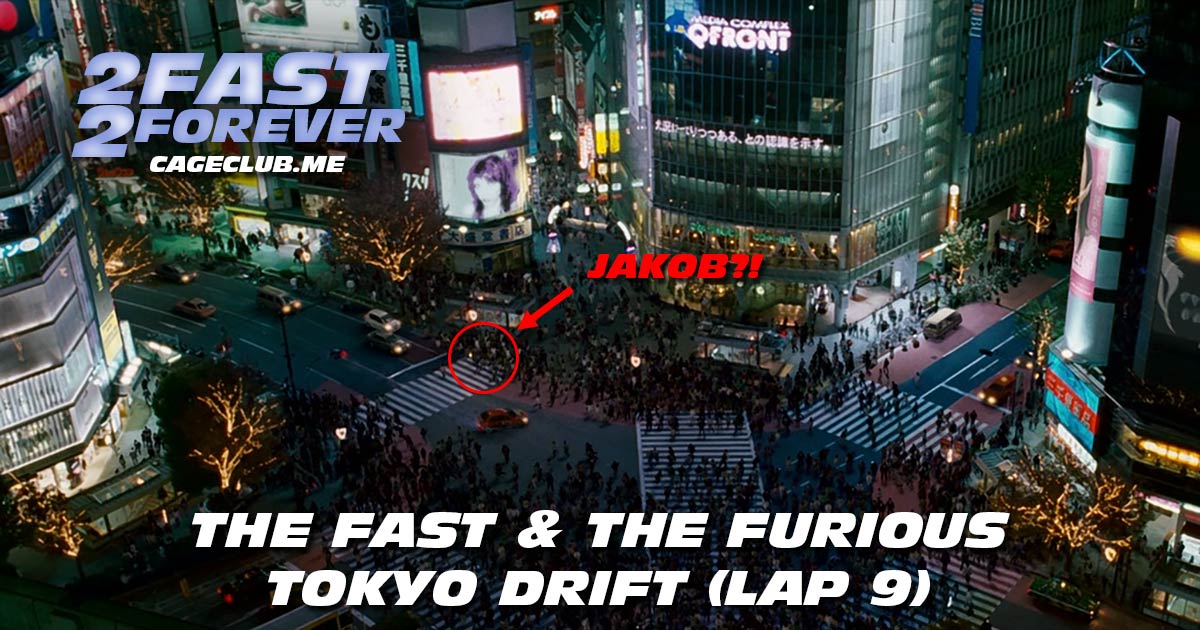 We’re headed back to the streets of Tokyo — this time with Aaron Neuwirth (Out Now with Aaron and Abe, We Live Entertainment) — to figure out where Elle, Jakob, and Mr. Nobody were during The Fast and the Furious: Tokyo Drift! We talk about the Dreamcast, Back to the Future, and Possession (1981), preview the F9 director’s cut (and rumored F10 title), and watch Monica Fuentes roll up in a delivery truck in the 2 Fast 2 Furious Minute (27:35). Then, we fly across the Pacific with Aaron riding (flying, I guess, I just said fly, why would it be riding) shotgun (is this a thing in planes) for Tokyo Drift (41:45). After reworking a couple of the “lightning round” questions and getting the biggest endorsement for Roman’s character that we’ve ever heard, we dive into Tokyo Drift and hear Aaron compare it to a movie we’d never considered before, but makes perfect sense. We also come up with a new movie to write (that hopefully Brian Rodriguez *of* High School Slumber Party would cover) before spending a lot of time to figure out how The Fast and the Furious: Tokyo Drift fits into the F9 timeline.