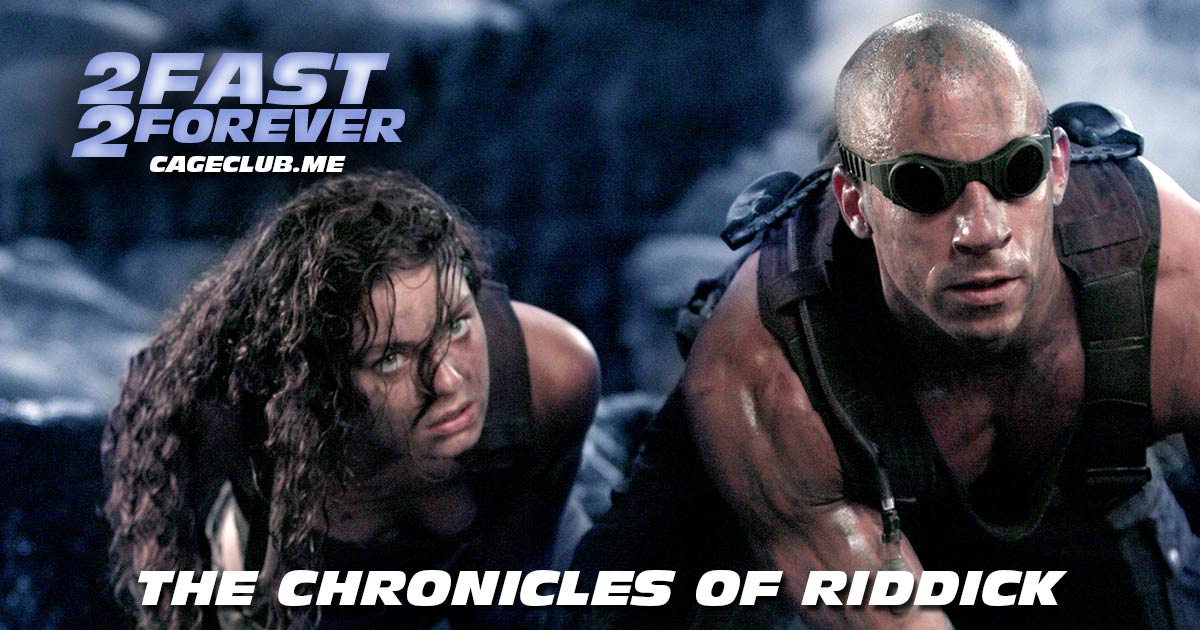 Our journey through the Riddick universe continues as Nico Vasilo returns to talk about both The Chronicles of Riddick and Dark Fury! After mythologizing some backstories, we tease a (new) plan to cover Vin Diesel’s music before we explain what Dark Fury is and wonder how far fans will go when it comes to metafiction. Nico goes on a comics tangent (because of course he does) (and then another later, too), we compare Riddick to Spy Racers, and talk about Vin’s admiration of older women. We break down the distasteful (and, frankly, befuddling) re-casting of Jack into Kyra in The Chronicles of Riddick, make our picks for the most (and least) Dom moments, and praise Vin’s aerial performance (and his willingness to be seen as less-than-masculine). Joey dispels a long-held belief that Joe had about him.