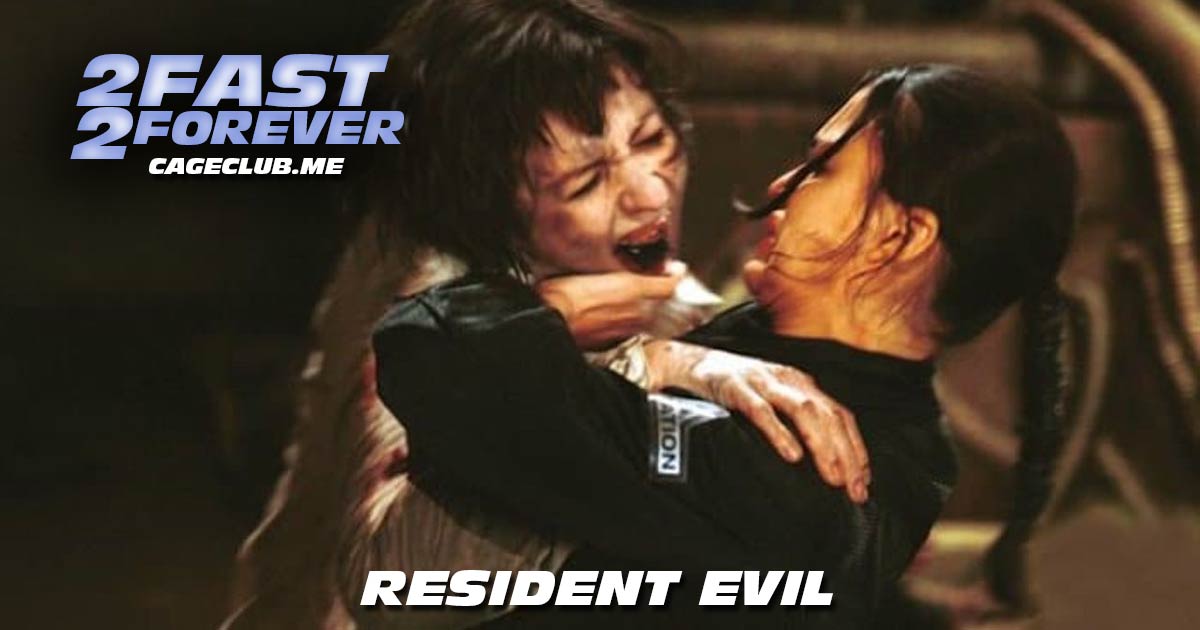 We’re headed back to the beginning of Michelle Rodriguez’s film career once more for her nearly-starring role in 2002’s Resident Evil! After opening the mailbag, heading to the LOST island for an episode with very little Ana, and watching Vince flail about for a minute, we board a train en route to Umbrella Corp. HQ — picking up fan favorite Cara Gael O’Regan along the way — to talk about Nick Burris’s patron pick for this lap. We cover the crazy roll that Michelle Rodriguez was on early in her career, the evolution of her character Rain, and the insane jealousy brewing behind the scenes. Also, we discuss how she’ll return in Resident Evil Retribution, coming this Friday! (Movie conversation begins around 57:55.)