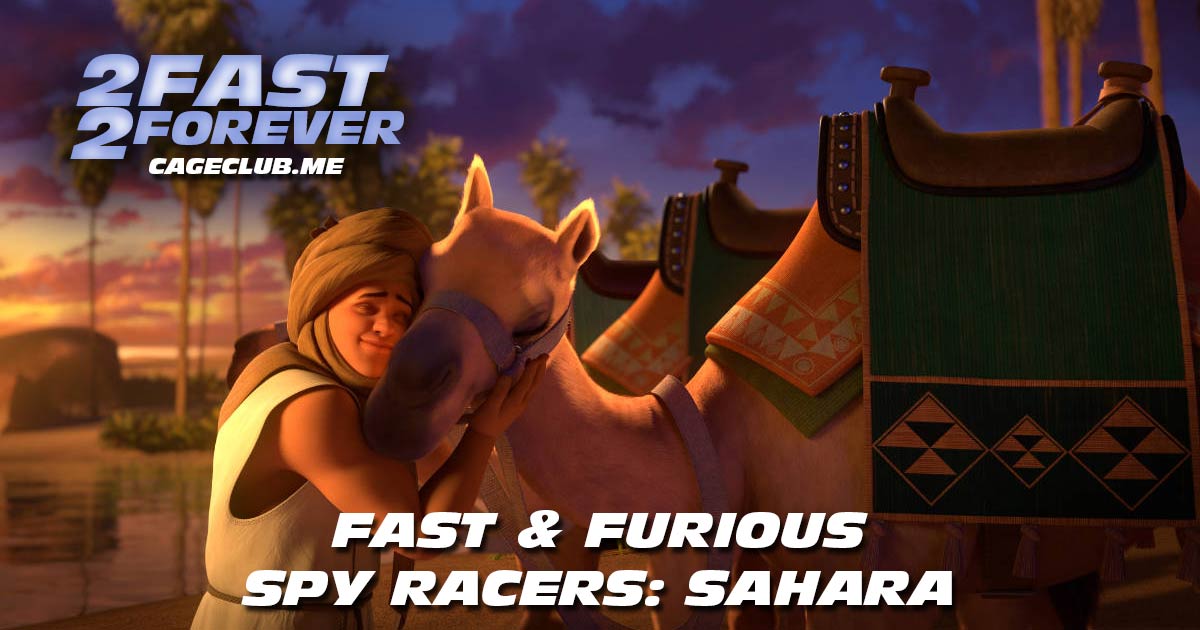 Santa left one extra gift tucked way under the Christmas tree last year: a brand new season of Fast & Furious Spy Racers: Sahara! Before we dive into the latest installment in the Spy Racers series, we catch up on New Year’s stuff and talk about the sound effects coming out of Vin Diesel’s mouth in a deleted scene (as well as totally forgetting we’d seen part of Jesse’s wardrobe before). Then, we head to the desert to help rescue Ms. Nowhere and Gary in Fast & Furious Spy Racers: Sahara. We talk about the Spy Racers’ roles within the team, some of the weird (and wonderful) creative choices made by the show, and whether or not we’ll get another season. (Series conversation begins around 18:55.)