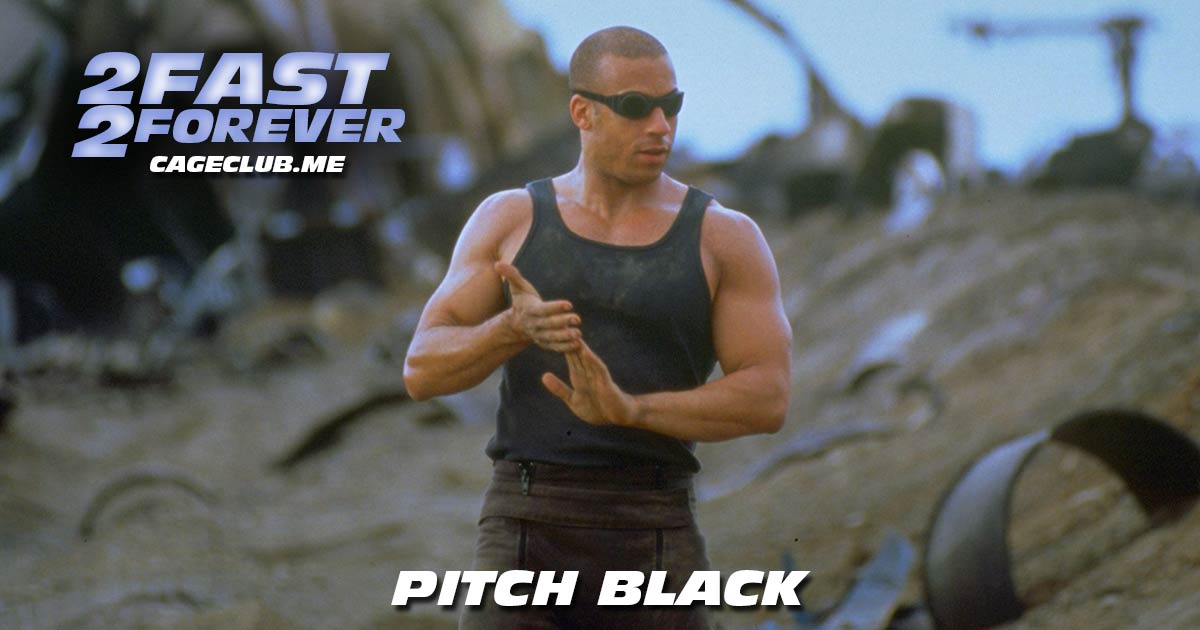 It’s the start of the Chronicles of Riddick episode trilogy on 2 Fast 2 Forever as we talk Pitch Black with Nico Vasilo! Our next pit stops will cover Dark Fury, The Chronicles of Riddick, and Riddick (2013), but today we’re starting where it all began, with 2000’s Pitch Black. We’re discussing the original ideas for the movie and the character, how things changed while they made it, and what Vin Diesel brings to the role. We talk about parallels to Fast & Furious and Stranger Things and Alien, how it taps into themes of theism in horror films, and the long-sought-after showdown between Dom Toretto and Carter Verone. We pitch a Vin Diesel/Mira Sorvino movie. Nico compares Vin to both Fergie and popcorn. Joey tries out a new outro.