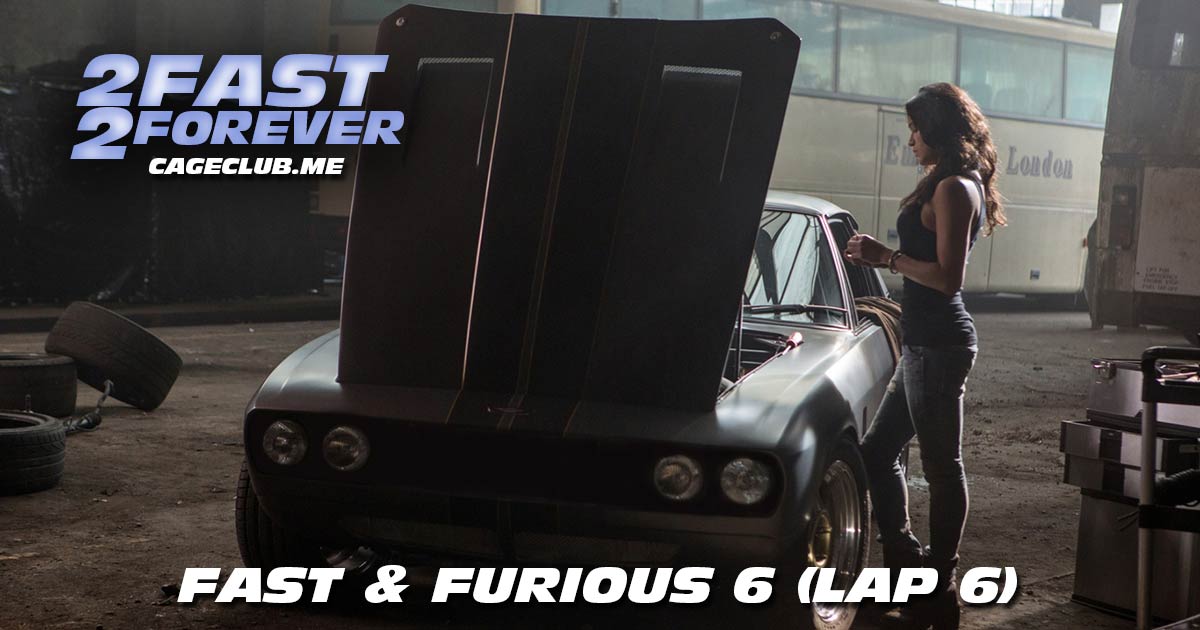 Once again, we’re joined by our ridealong partner taking the slowest and most roundabout lap, Brian Rodriguez (High School Slumber Party), and this time we’re talking about Fast & Furious 6. After an opening segment where Joey has a depressing realization about Rock the Vote and a Fast & Furious minute where our (hopefully) soon-to-be BFF Beau Holden gets waterboarded with oil by Johnny Tran, Brian leaves his slumber party to talk about his favorite parts of Fast & Furious 6, and we all (retroactively/once again) mourn the utter lack of Owen Shaw in Hobbs & Shaw while questioning his series origins and raison d’etre. Also: if you had to be quarantined in a house with the Family, who would you pick? (Movie conversation begins around 35:00.)

Visit our Patreon page at patreon.com/2fast2forever. Extra special shout-out to Ben Milliman, Jake Freer, Alex Elonen, Nick Burris, and Brian Rodriguez for joining at the “Interpol’s Most Wanted” level or above!