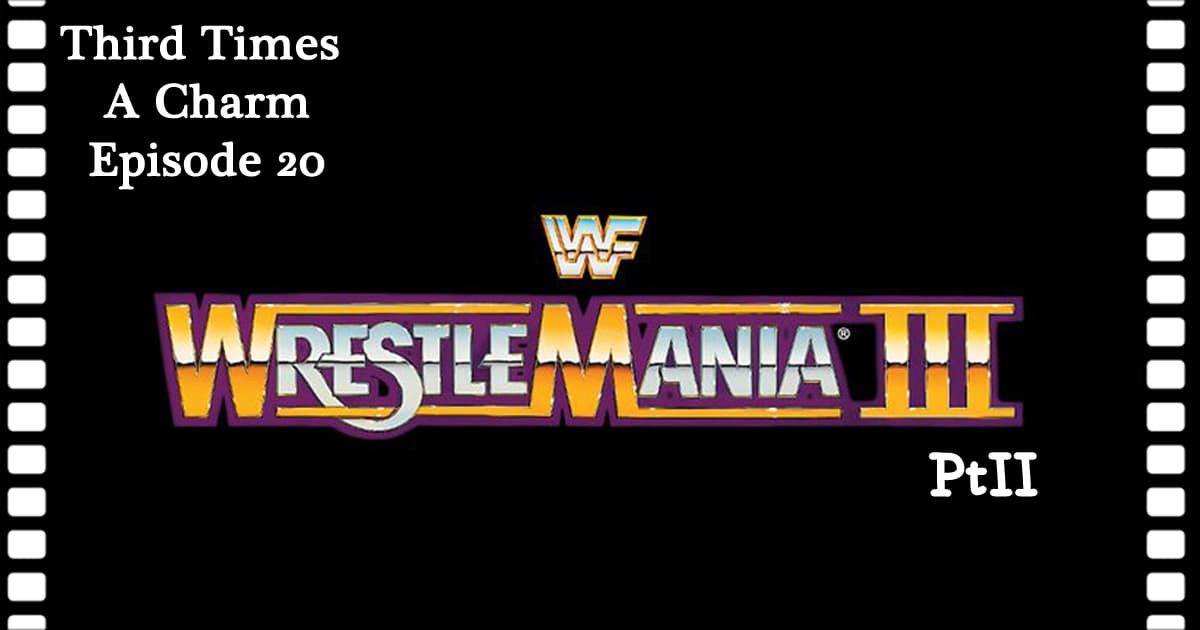 Before getting to the next six matches of WrestleMania III, we’re making a stop at Third Time’s A Pit! Mike chats with Brian Rodriguez about what is going on in the Wide World of Wrestling, and Brian reveals his secret wrestling origin. Then, they review the inductees into the Wrestling Hall of Fame and talk about the WWE.