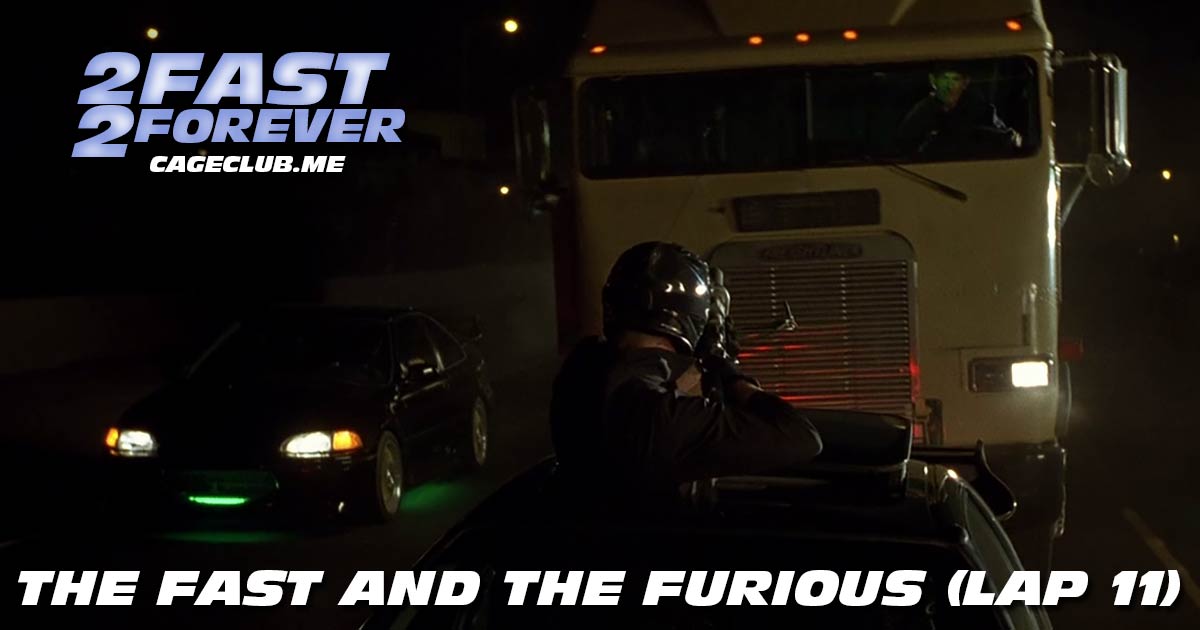 You son of a bitch, we’re in… to Lap 11, and we’re joined by Jordan Polan-Clarke to talk about The Fast and the Furious and kick off our heist lap! After brief (spoiler-free) chat about Morbius (and Tyrese’s role), we visit “high school Dewey” in the newest episode of Young Rock (“In the Dark,” Season 2, Episode 4) (25:55) before wondering what, exactly, Roman was busted for in the 2 Fast 2 Furious Minute (32:45).

Then, Jordan returns to the show to talk about The Fast and the Furious (49:25). She wonders, “Who’s Leon?” before comparing the movie to Magic Mike and leading us in a discussion about what the filmmakers thought they were making. We then spend a long, long time with the “game” of this lap (editor’s note: Letty’s driving skills are her best asset, yet were not mentioned) during which Jordan tells Joe he’s “being such a Vince.” She shares her updated rankings and joins us as we return to a version of “Dude, What’s My Car?” where the car’s color actually helps (!). Also: is there a hidden connection between F&F and A Nightmare on Elm Street? Maybe! (But probably not.)