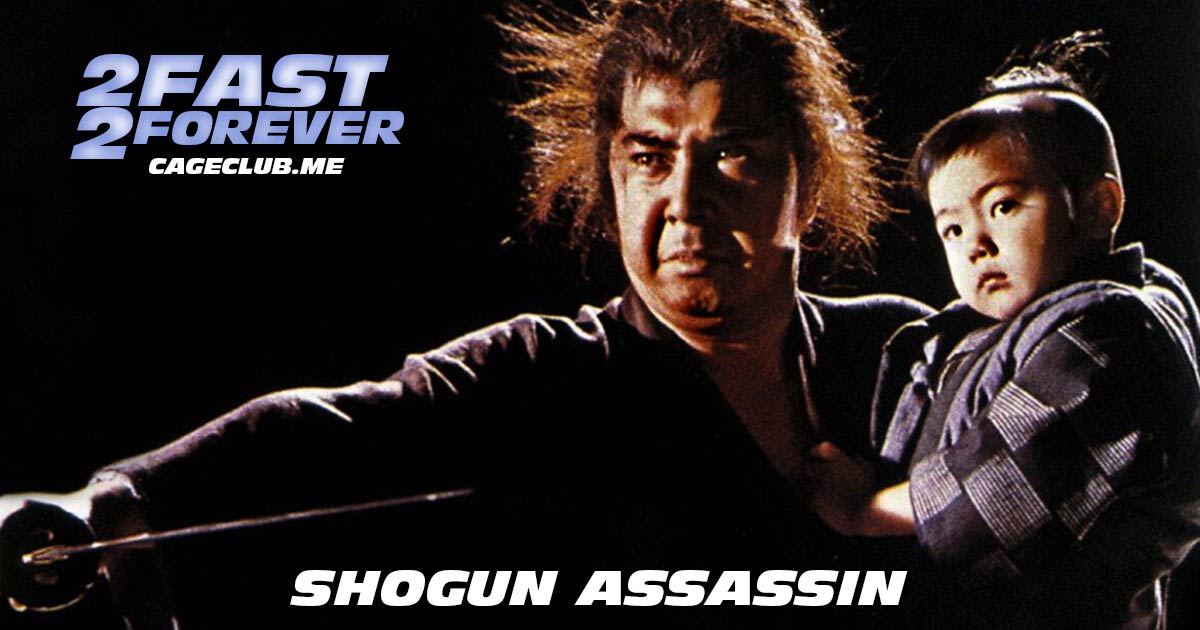 Shogun Assassin kicks off a three episode, three location crossover between us and “Resident Historian” Mike Manzi of Third Time’s A Charm! Before Mike joins us, Joe catches us up on some more Best Picture nominees, we open the biggest and most sprawling mailbag we’ve ever had, and we collect the buy-in for 2 Fast 2 Furious’s first race in The Fast and Furious Minute. Then, Mike hops in our baby cart as we head to Edo period Japan for Shogun Assassin. We talk about the long-lasting legacy the movie (including its inclusion in GZA’s Liquid Swords, Bob’s Burgers, and Road to Perdition), our favorite moments (and the film’s coolest moments), and why watching a bootleg copy of this movie feels kind of appropriate. We also talk about the benefits and drawbacks of the remix nature of Shogun Assassin, as well as what it does better (and worse) than the first two movies in the Lone Wolf and Cub series: Sword of Vengeance and Baby Cart at the River Styx. Want even more Lone Wolf and Cub talk? Check out Third Time’s A Charm on Monday, May 3, for an episode about Baby Cart to Hades, then join our Patreon at 2fast2forever.com for an exclusive bonus episode about Baby Cart in Peril, coming later in May! (Movie conversation begins around 54:35.)