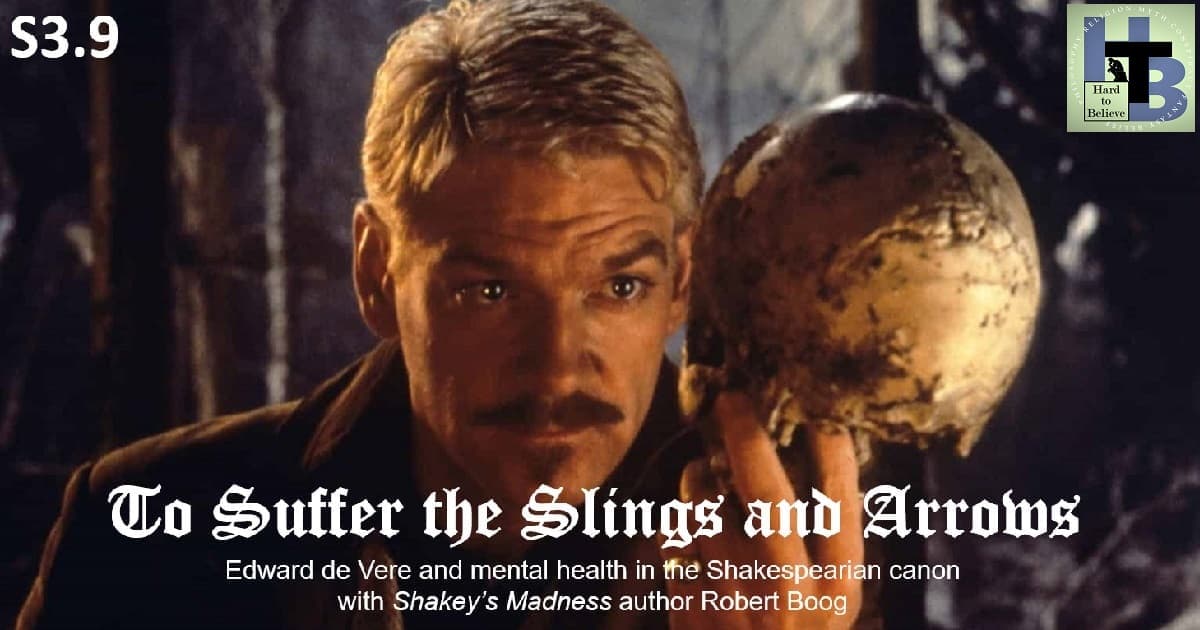 “Whether ’tis nobler in the mind to suffer the slings and arrows of outrageous fortune, or to take arms against a sea of troubles and by opposing end them.”

So muses Hamlet in the To Be or Not To Be speech as he contemplates whether or not to carry on his own existence.

A few years ago, events in Robert Boog’s life led him to take an interest in the way the characters in Shakespeare’s work appear to suffer from a number of what today we would call mental health conditions, including and especially bipolar disorder.

Boog is, like John, and Oxfordian, who believes that Edward de Vere, 17th Earl of Oxford, is the best and most likely candidate for the authorship of the Shakespearian canon. And when he reevaluated the biography of de Vere through the lens of someone dealing with bipolar disorder, he came to realize that much of his notoriously erratic behavior as well as his inspired genius could well be connected to an undiagnosed mental health condition (undiagnosed because we didn’t have the language for such things several hundred years ago).

John invited Robert to talk to him about his book on the subject, Shakey’s Madness, and why he thinks we can help destigmatize bipolar disorder while also furthering our understanding of Shakespeare and his plays if we apply a more modern, scientific perspective to his character’s various struggles.

You can find all his work at RobertBoog.com