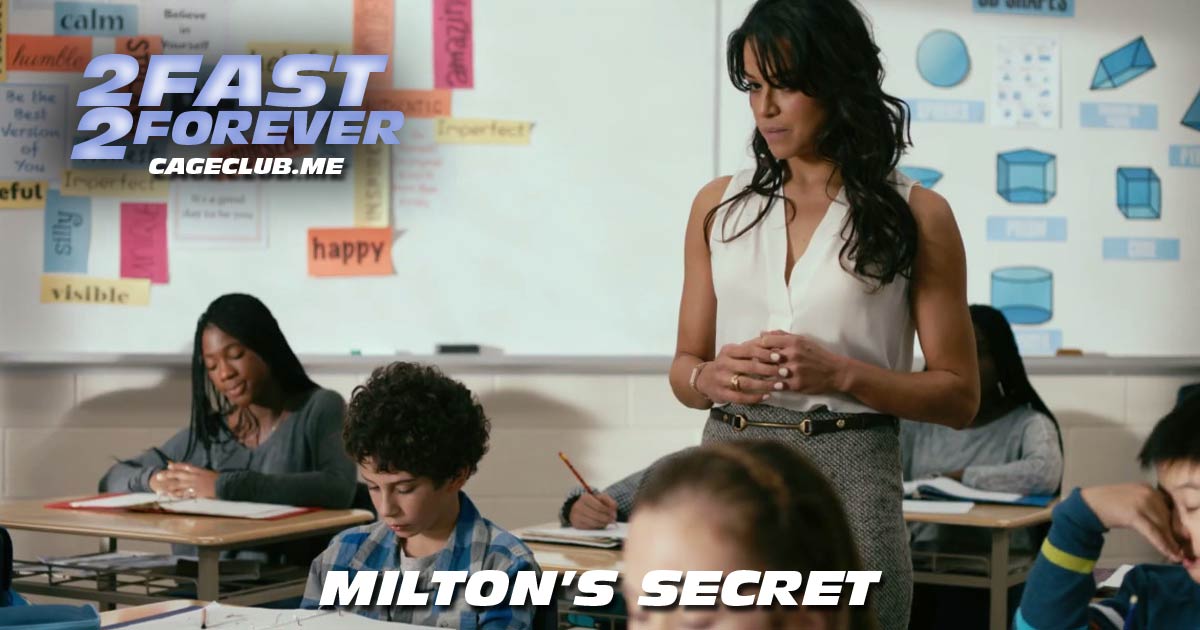 We’re headed back to school (for the first time?) for Milton’s Secret, and a type of role and a character that we’ve never before seen from Michelle Rodriguez. After talking about some pretty big Fast & Furious news, we witness a transfer of power on the LOST island and finally free Vince from the truck he’s been dangling on for, seemingly, weeks now. Then, we’re headed to the Great White North (Canada, obviously) for Milton’s Secret, where Michelle Rodriguez plays a teacher named Ms. Ferguson. We talk about its wholesome nature (while doubling as Baby’s First Lifetime Movie), the zaniness of the Donald Sutherland character, and (maybe) the weirdest thing Michelle Rodriguez has done in a movie so far. (Movie conversation begins around 40:40.)