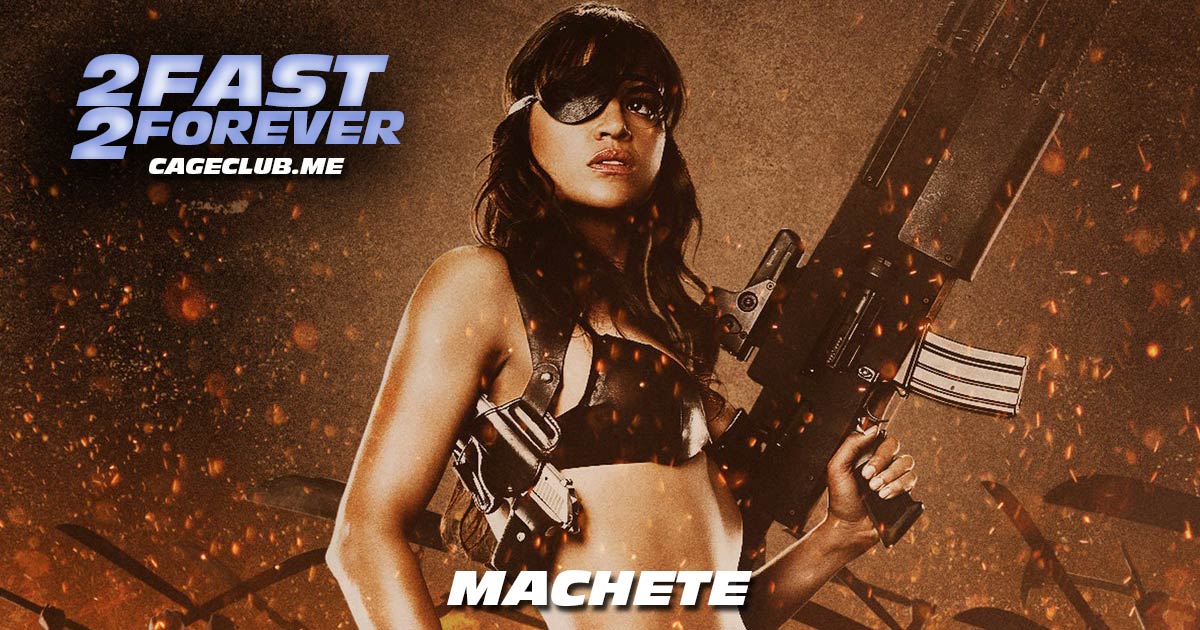 Robert Rodriguez Week-and-a-Half continues on 2 Fast 2 Forever with Machete! Before entering the grindhouse, though, we catch up about Vin Diesel’s new song, open a mailbag, and finally finish a quarter-mile race that seems to drag (no pun intended) on forever. (Also, a programming note in the intro, too!) Then, we’re joined by Mike Manzi (The Monsters That Made Us) as we’re set up, double-crossed, and left for dead. We talk about how fun (and prescient) Machete is, as well as seeing yet another side to Michelle Rodriguez in her role as Luz (or She, if you’d prefer). Also, we realize how perfectly timed this movie was to release on Election Day (go vote, everyone, if you haven’t), which was totally planned. (Movie conversation begins around 41:50.)