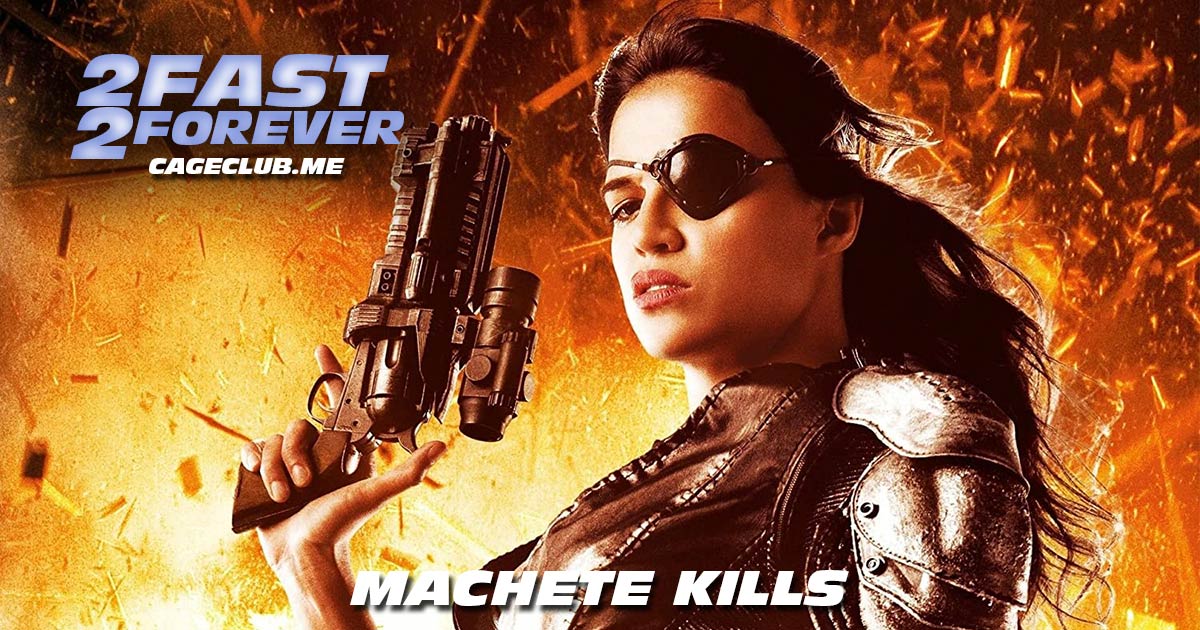 We’re preparing for space (hopefully!) as we close out Robert Rodriguez Week-and-a-Half with Machete Kills! After catching up on ways we’ve tried to stay sane this week — and preparing to hand over our keys to Dominic Toretto in the Fast & Furious Minute — we welcome back Mike Manzi (Third Time’s A Charm) to talk about the cameo-palooza of Machete Kills. We wonder whether this was the movie Robert Rodriguez wanted to make, wish we had a bit more of a lot of things (or a bit less of a lot of things), and talk about the fate of Michelle Rodriguez’s character Luz (aka She). (Movie conversation begins around 29:15.)