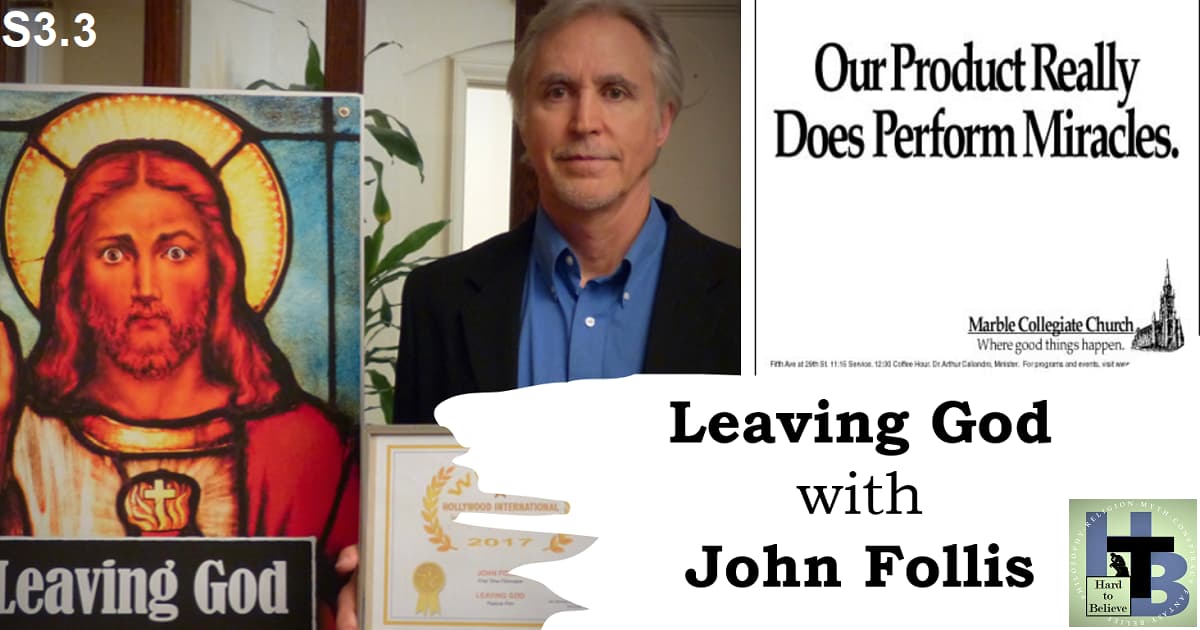 John Follis is the director of the documentary film Leaving God, but he is probably not as well known as his most famous creation – the legendary Marble Collegiate Church ad campaign.

If you were ever on a subway in New York City in the first decade of the 2000s, there is almost no chance you are not familiar with his work.

But he created that campaign while in the midst of his own tumultuous spiritual journey, one that would ultimately lead him away from religion and God entirely and toward a new project – looking at the rise of the so-called Nones (those who identify as having no religious affiliation) and the hidden struggle of those, like him, who have awoken to atheism, including former pastors and ministers.

Leaving God addresses all of the above, and here Follis speaks to John about his life in and out of religion, that legendary ad campaign, and what compelled him to make a documentary.