Hard to Believe #068 – The Georgia Guidestones (RIP) – with Jess Collins 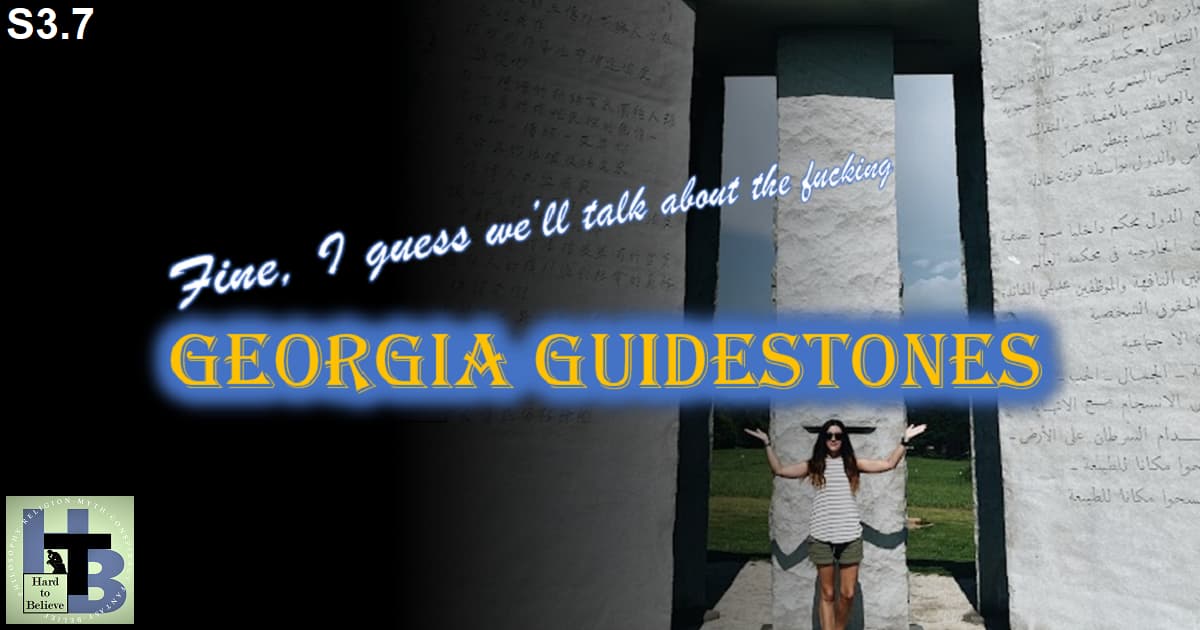 But sometimes around 4 AM on July 6th, an explosion destroyed one of the stones, and the remaining stones were torn down over safety concerns.

Were they intended as advice for the human who survive the inevitable (by 1980s logic) nuclear holocaust and/or population bomb? Or maybe the 10 Commandments of the Anti-Christ? Were they – as Alex Jones believes – an act of hubris from the New World Order, funded by Ted Turner, openly announcing their plans for global depopulation? Or were they a prank?

John promised Jess Collins, who visited the Guidestones a year ago, he’d do a show about the Guidestones, and this seemed like the right time. They explore the clues that may reveal the true identity of their pseudonymous creator, “R. C. Christian”, discuss the lasting appeal of this weird landmark, its strange religious elements, and ask whether the Guidestones will rise again.