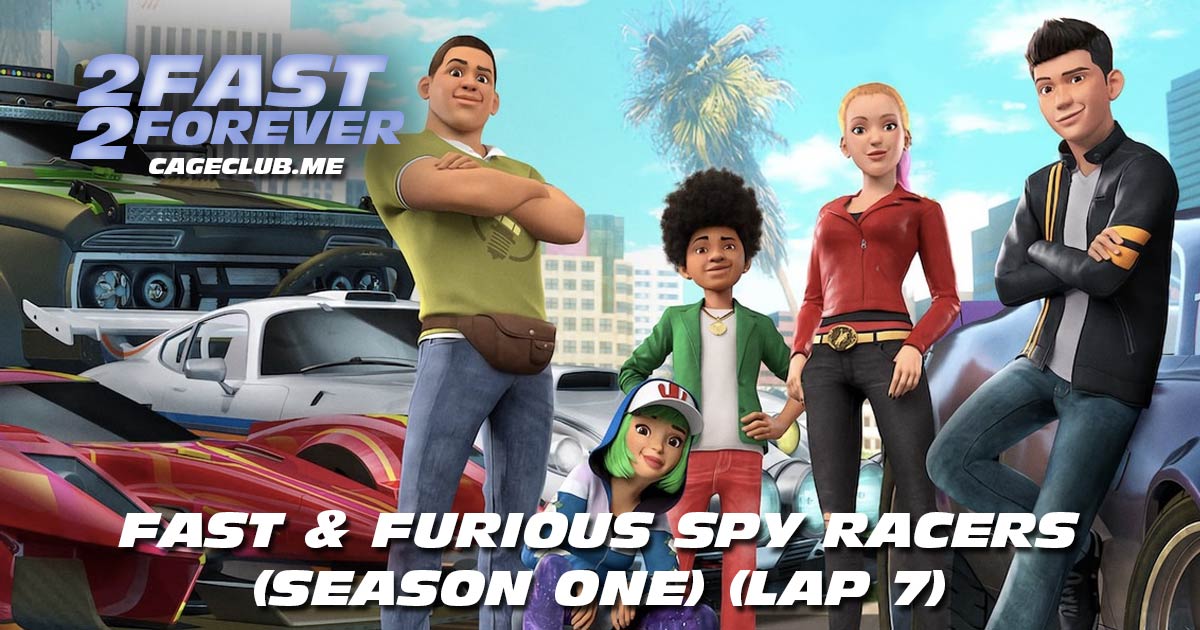 We’re kicking off a mini-run of three straight Fast & Furious Spy Racers episodes by revisiting the first season with Nico Vasilo and Kevo Risse of .html! First, though, we welcome a new patron to the #family (one who’s been ride or die for as long as we’ve known her), check in on Rose and Bernard on the Island, and pour one out for Jesse (#gonetoosoon). Then, Nico and Kevo join us to talk about the hidden secrets of the Fast & Furious Spy Racers voice cast, how the animated characters align with their live action counterparts, and the progressive sexualization of the series. We also talk about how TV shows utilize their runtimes for better or worse, our shared love of both Cuphead and Janet Varney, and a whole lot of Fuller House. (Series conversation begins around 35:00.)