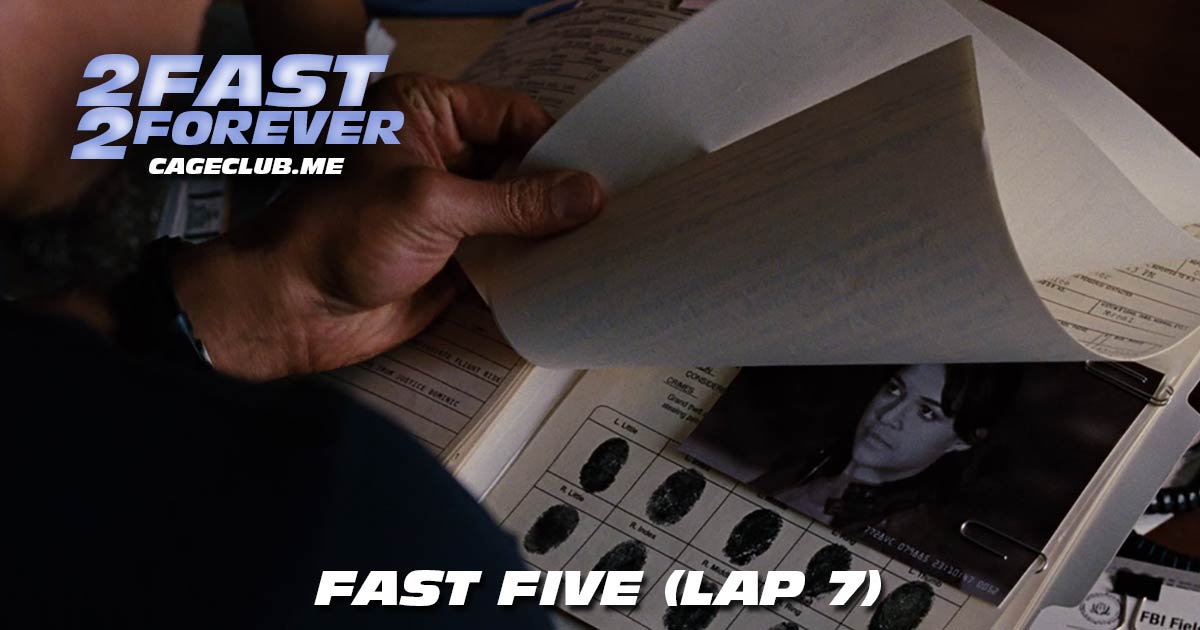 We’re headed back to Rio with Nico Vasilo and Kevo Risse (.html) in our crew for Fast Five! But first, we’re catching up emails, F&F news (which leads us down a deep rabbit hole), and Fast Five deleted scenes. In this episode, we talk about Fast Five’s “R1 Moment,” the power of the Justice Crush (especially compared to the Furious Force), and the Clutch Letty Moment. We also talk about Rico and Tego’s backstory, Dom’s alpha bull tipoff, and Mia as Oracle. We talk about Dom as a war hero-esque figure, why Letty really came back, why Mia was sidelined, and Elena’s insane dossier. Also: there’s a lot of Alien talk, X-Men talk, and Star Trek talk. (Movie conversation begins around 51:50.)