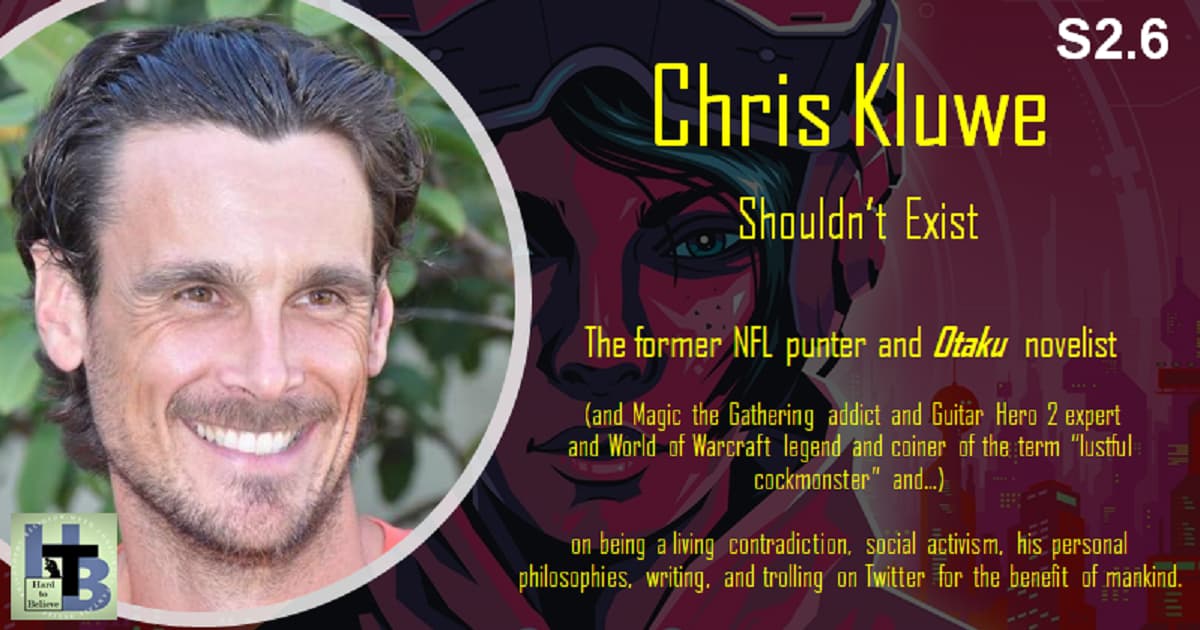 9 years ago, Chris Kluwe was an accomplished NFL punter with the Minnesota Vikings. Then he decided to stand up for the rights of other human beings. Now he’s a science fiction novelist. And a lot has happened in between. His first science fiction novel, Otaku, was just released in paperback, so he and John sat across the internet from each other to talk about where he gets his sense of social responsibility, his evolution as a writer, and how it feels to be the only person in American history to have used the term “lustful cockmonster” in a letter to a sitting elected official.