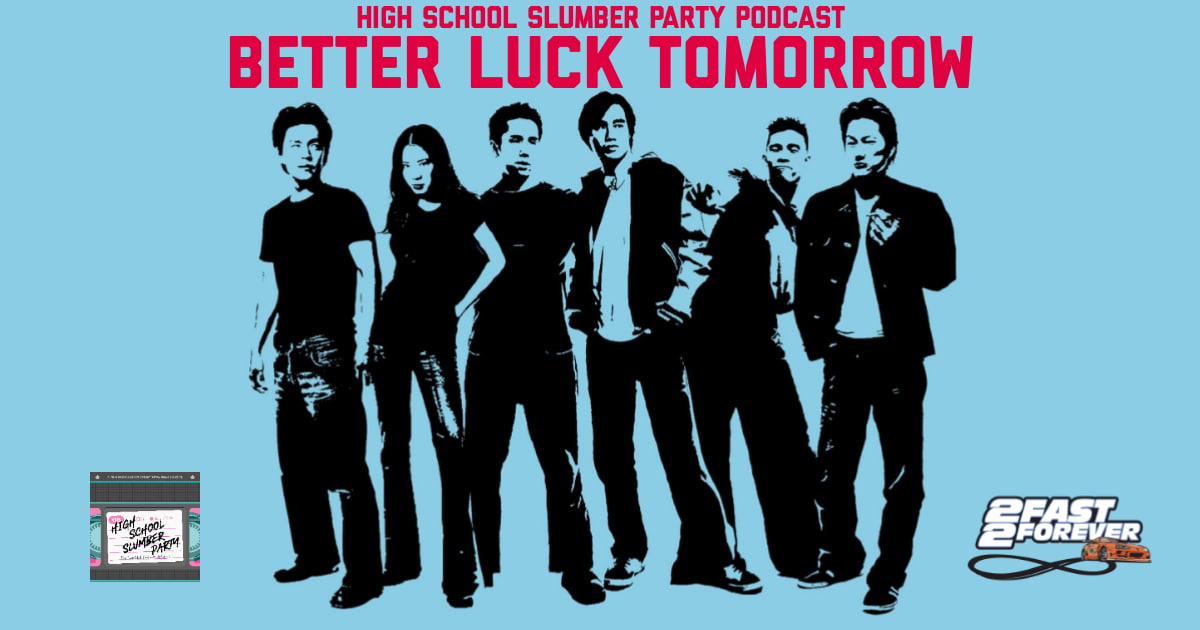 The hosts of 2fast2forever make a pit stop on High School Slumber Party’s side of the road as the Godfather himself Joey Lewandowski and Joe Two return to the podcast to chat Better Luck Tomorrow. After Brian’s listener acclaimed turn discussing the film on their show this week, the Joe’s return the favor by breaking down the high school elements of the movie that put Justin Lin on the map and that Roger Ebert screamed at a person in support of. Starring Parry Shen, Jason Tobin, Roger Fan, John Cho, Karin Anna Cheung and of course Sung Kang playing the Fast and Furious’s Han for the very first time, Better Luck Tomorrow is a formative films in both Asian-American and teen cinema.