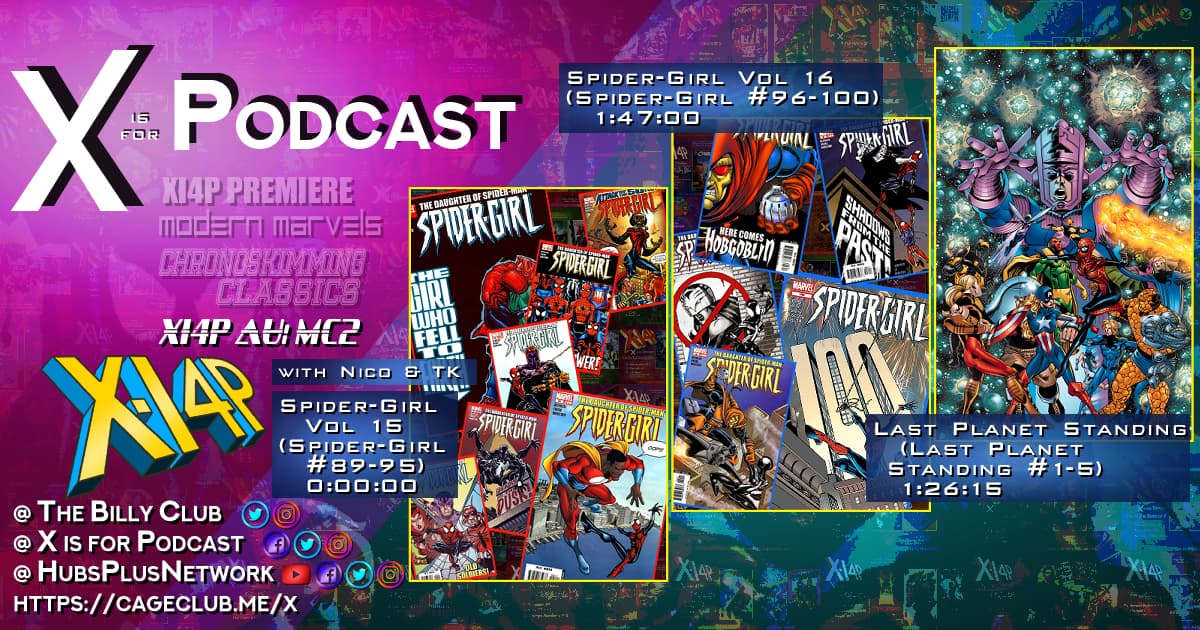 This is it. It’s here. Spider-Girl turns 100. That’s a big number. It’s a feat no other woman in the Marvel Universe has successfully managed without Legacy numbering or a reboot. But now, we stand at the end of the the initial run of the MC2. So many ending have come and gone – the end of the order, the second run, the end of other titles, and now this – the end of the major act of the MC2. First up, join May Day as she says goodbye to the Spider Shoppe, the mystery of Rhodey, and even Nancy Lu before she moves into her final arc (0:00:00). Then, the Hobgoblin saga rages on into its inevitables conclusion with shock murders, costume changes, and so much more (1:47:00). Finally, the universe will never be the same now that Galactus is coming for the Cap Star. Confused? Then it’s time to see the MC2 nearly sign off for good in Last Planet Standing. All this and more as the team takes a look back before starting the final era of the MC2. All this and more from the new format of XI4P – we hope you survive the experience!