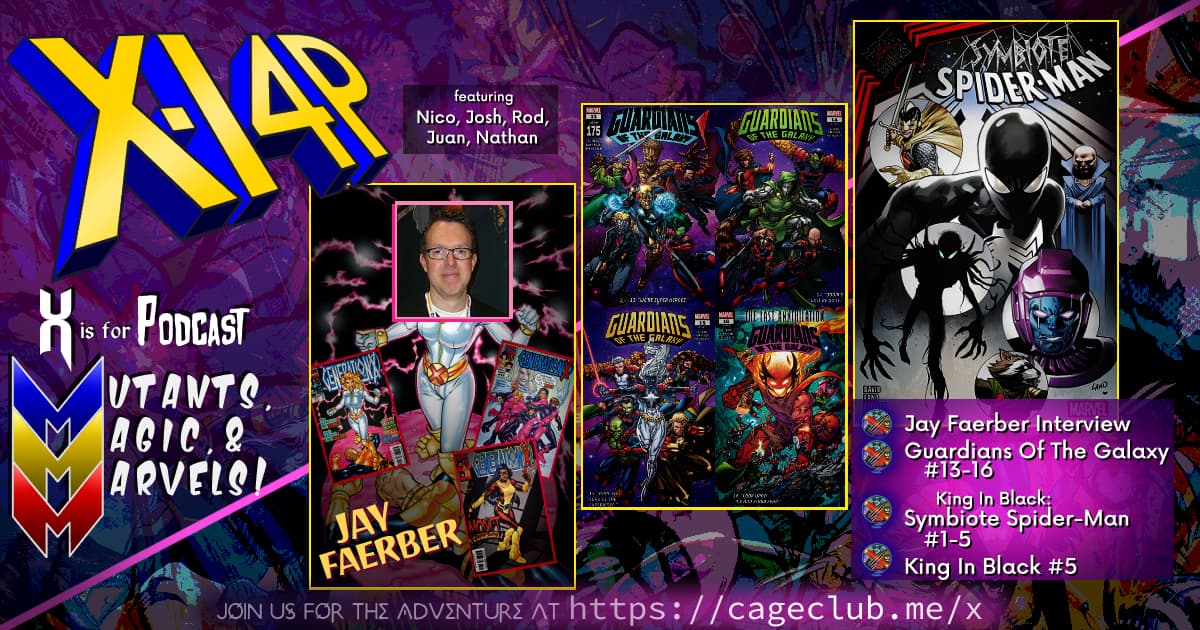 The face of the Marvel Universe is shifting — and so is XI4P! The X-Pack take on more mutants, more magic, and more Marvels all summer long as the team grows featuring familiar hosts, classic voices, and new recruits, and this episode checks all the boxes. First up, Jay Faerber returned the GENERATION X kids to being, well, kids — and now he’s here to talk about his time on the title, his original plans, and his work on other titles like New Warriors! Then, at 55:00, join Rod & Juan as they guide the XI4P crew through space as they catch the team up for Guardians of the Galaxy’s introduction into SWORD with #13-16 and The Last Annihilation! And, lastly, at 1:44:00, Nico & Nathan, the Trade Waiters themselves, take a look at King In Black: Symbiote Spider-Man #1-5 (& sort of King In Black #5, kinda) –which means this episode features Generation X, The New Warriors, Iron Fist, Wolverine, Captain Universe, X-23, The Guardians Of Galaxy, Venom, Knull, SWORD, Spider-Man, Photon-as-Captain-Marvel, Black Knight, Kang, Rocket Raccoon, Cosmo, & even effing more on a new XI4P: MMM!