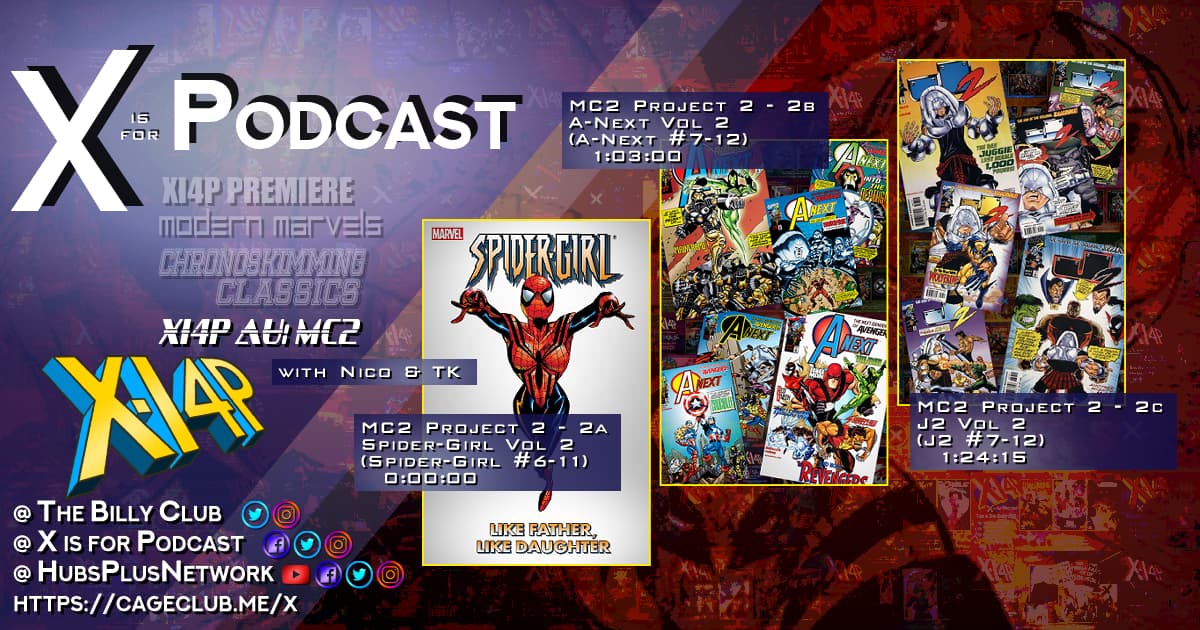 Return to the exploration of the multiverse with XI4P AU! After last episode’s opening salvo of titles from the MC2 introducing Nico and TK to a huge cast of amazing (and kinda odd) heroes, jump into the second – and sometimes final – volumes of each of the major titles that kick of the MC2. Start things off with the story second set of Spider-Girl stories, exploring some major moments that will define May for years, followed by May Day’s first proper arc – including…YOUNG SPIDER-MAN IN OUR PAST?! (0:00:00) Then, it’s time to explore the first major connective arc of the MC2 as the A-Next Avengers explore their tragedies and work to forge a new team of new heroes for a new world (that is a lot like the old team, featuring a lot of classic characters, in a world that feels vaguely familiar) as we say a fair “So long” to A-Next for now. Appearances from Hercules, Iron Man, Captain America, and a powerful goodbye to several teammates mark an uneven ending to an uneven title. (1:03:00) Then, say a permanent goodbye to J2 as a title (though this is far from the last J2 solo story or appearance) in the still-yet-unreleased-in-trade second volume of J2, as Doc Magus, the Uncanny X-People, and even Juggernaut himself return. Not to mention, the debut of a one Rina, THE WILD THING, Howlett. (1:24:15) All this and more from the new format of XI4P – we hope you survive the experience!