THIS IS THE REIGN OF X — Wolverine, Strange Academy, & The Faces Of X! 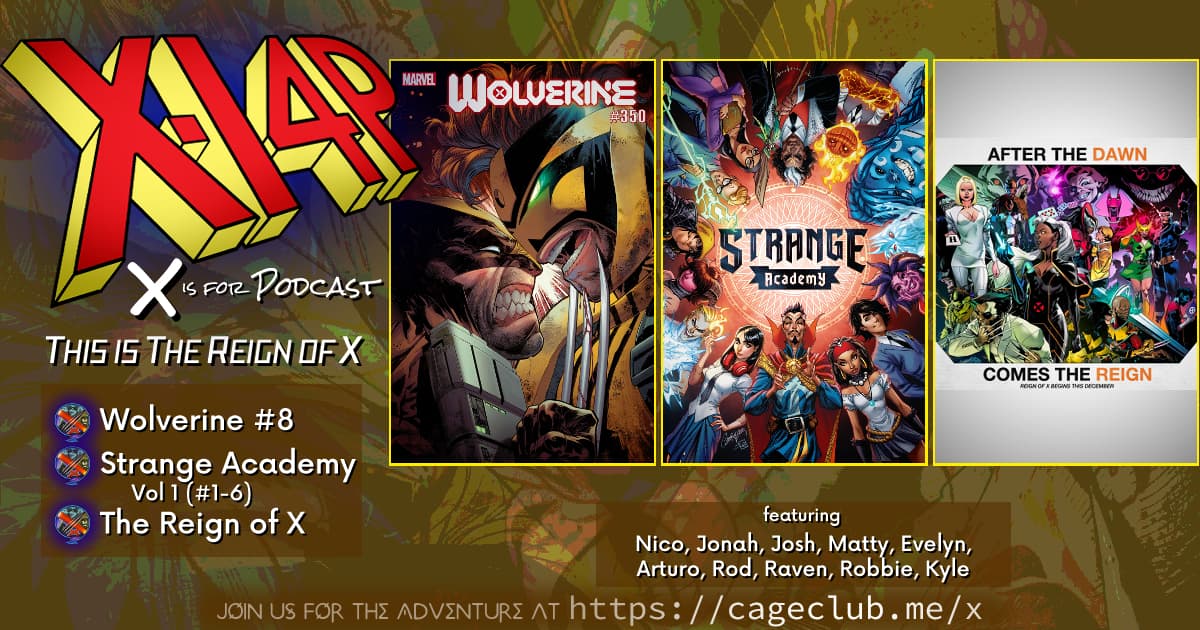 The X-Men end-of-year-shipping blues come to an end with a sniktingly good Wolverine, a dynamic and lovable first volume from Strange Academy, and a one-month-out examination of the Reign Of X image already coming true! First up, Josh takes Arturo, Evelyn, & Matty on a tour of Wolverine’s most recent anniversary edition — Wolverine #8/350, and just like with Wolv: Black, White, Blood, the team finds themselves debating their personal Logan, and then if there’s a place for a Toybiz character like Maverick in the new world of X! Then, Rod, Raven, Robbie, and (R)Kyle examine the first six issues of Marvel’s scheduling plagued Strange Academy — from a glowing take on the work there, to the desire to see more both in comics and on screen, the team loved the volume. Then, Nico takes Jonah & Matty on a look at how much of the Reign Of X image ,released just after X Of Swords ended, has already come to pass!