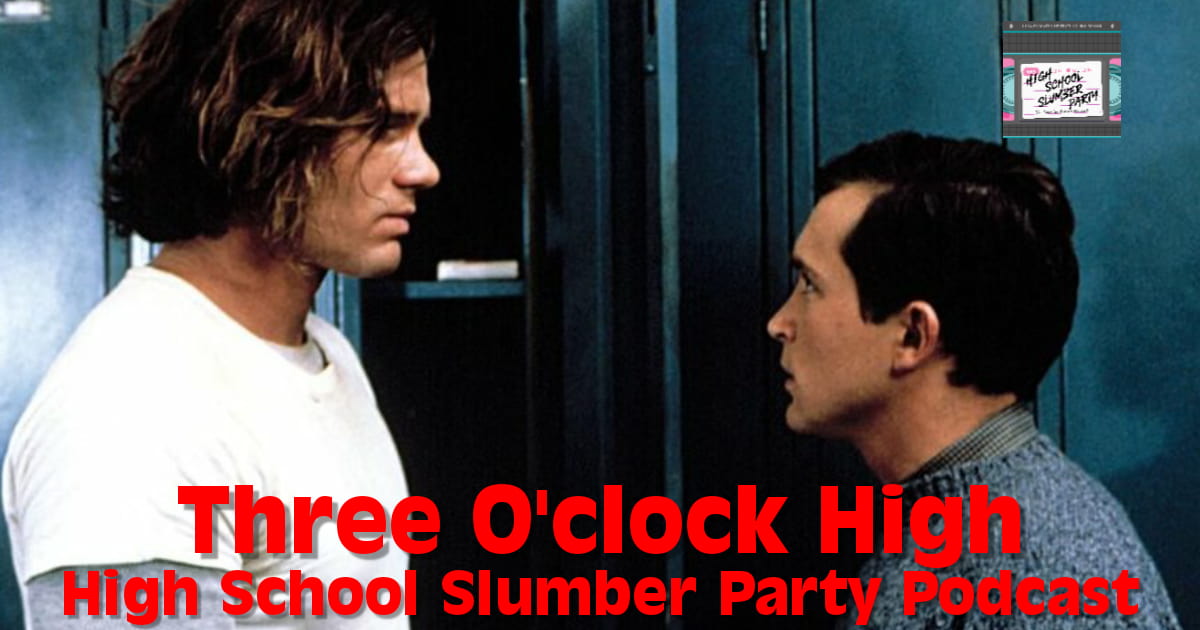 For the first summer 2020 edition of High School Slumber Party, Brian welcomes Mr. Third Time’s, Mike Manzi, and Angus himself, Charlie Talbert, to discuss 3 O’Clock High: a film so simple in its premise but so engaging in its execution, as Jerry Mitchell tries every trick in the book to avoid his inevitable confrontation with the seemingly indestructible Buddy Revell. Find out which A-list director was originally attached to the film, Mike’s original thoughts watching it as a child, and Charlie’s passion for the film that still resonates today.