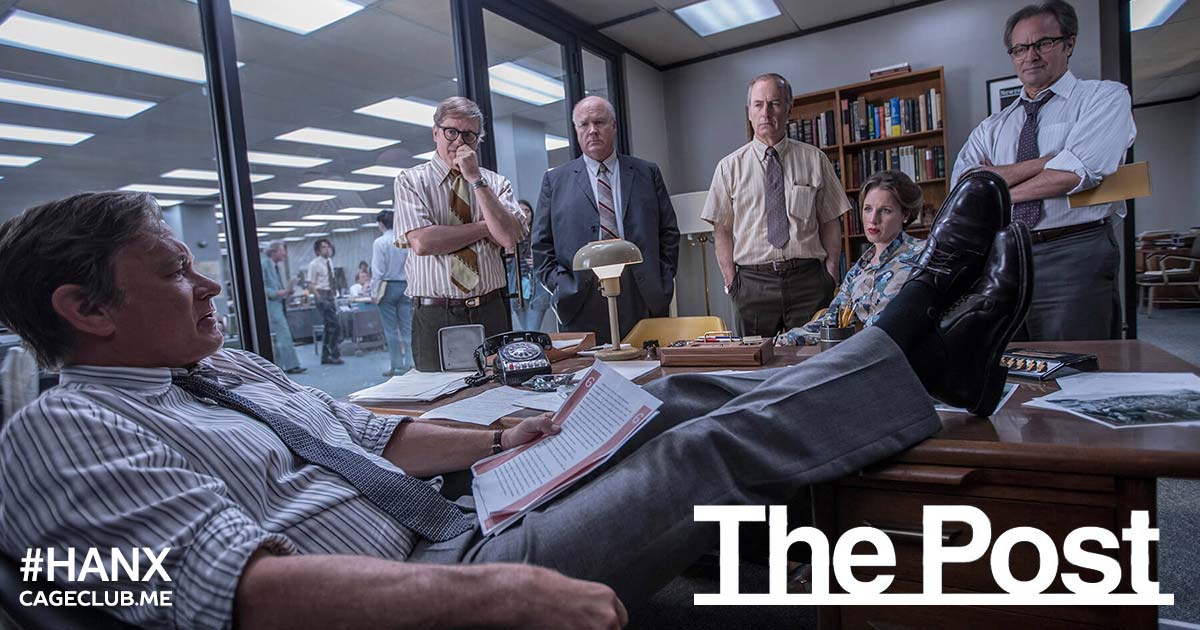 Stop the presses! Well, actually, fire ’em up, because we’re covering Tom Hanks as Ben Bradlee in Steven Spielberg’s 2017’s film The Post. Joining our crack news team are Tobin Addington (The Contenders) and resident Meryl Streep expert Michael Domanico (Not Her Again). We talk about the superbly selected (and supremely stacked) cast, Steven Spielberg’s incredible ability to turn procedure and process into something magical, and his ability to fill the screen with performances that won’t let you look away. We also talk about how Tom Hanks led the newsroom in The Post, and also the ever-expanding reach of his family tree, which is now so grandiose that it almost doesn’t feel realistic.