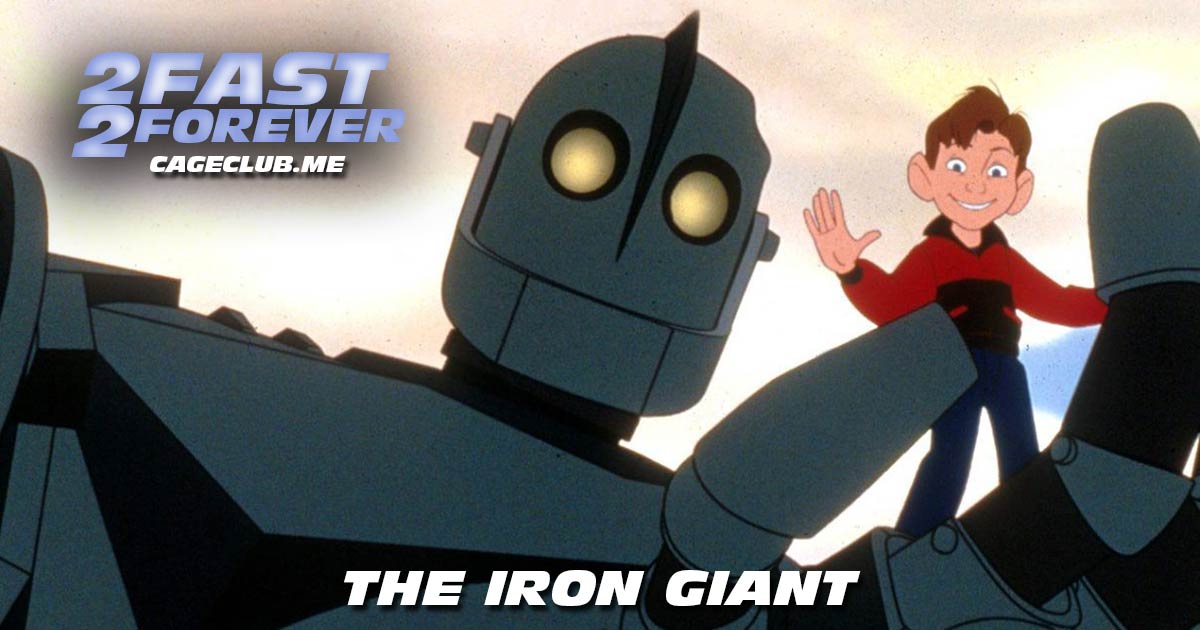 We’re heading back to the beginning of Vin Diesel’s career to talk about The Iron Giant — our 150th different movie covered on this show — with Aaron Neuwirth (Out Now with Aaron and Abe, We Live Entertainment). We lament the fact that it’s not streaming for free anywhere, discuss the two versions of the movie, and imagine it as a musical (as it was originally intended) with Vin in the lead. We discuss the difference between Brad Bird’s animation style and the classic Disney style, go through Vin Diesel’s voiceover career, and talk about the film’s ties to E.T. and Superman. We also nerd about about Blu-rays, discuss how to pronounce Fast X, and try to imagine Vin Diesel as Clark Kent.