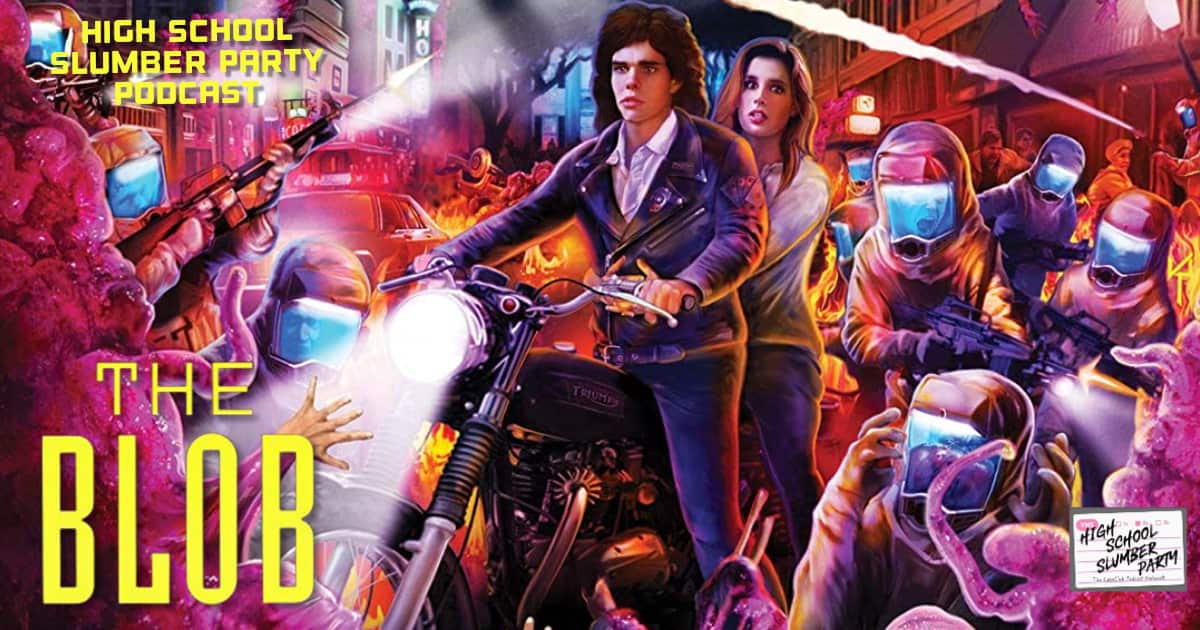 Friend of the show Shawnee Mead returns for her annual Halloween slumber party! This time, she’s chosen to talk about 1988’s The Blob. This horror comedy remake of the 1958 film of the same name was directed by Chuck Russell and written with Frank Darabont fresh off A Nightmare on Elm Street 3: Dream Warriors. Shawnee and Brian discuss just how our teenage heroes deal with the gelatinous flesh eating substance terrorizing that’s their small town. Find out which actor from the film Shawnee was named after! ***hint hint*** It’s not Kevin Dillon. Also starring Shawnee Smith, Jeffrey DeMunn, Candy Clark and Del Close.