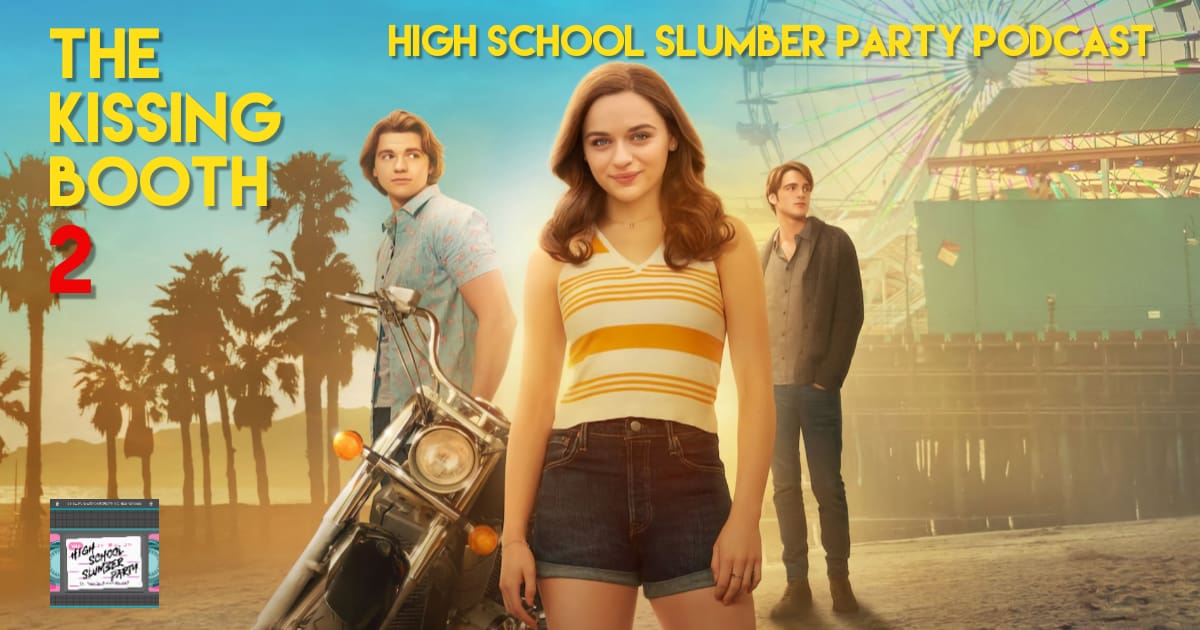 It was two years ago that guest Shawnee Mead first stoped by the Slumber Party…and it was all because of a kissing booth, The Kissing Booth; Netflix’s first original trending teen film! Shawnee is back again to discuss the sequel to the polarizing film as her and Brian check in with Elle (Joey King), Lee (Joel Courtney), Noah (Jacob Elodri) and new character Marco (Taylor Zakhar Perez)! Will Elle and Noah’s relationship last with new temptations in the mix and with Noah away at Harvard and Elle prepping herself for her own college journey in her senior year of High School? Will Molly Ringwald be given more lines this time? What will Brian and Shawnee think of the 2 hours and 12 minute runtime for the film? Hop in your sleeping bag and find out!