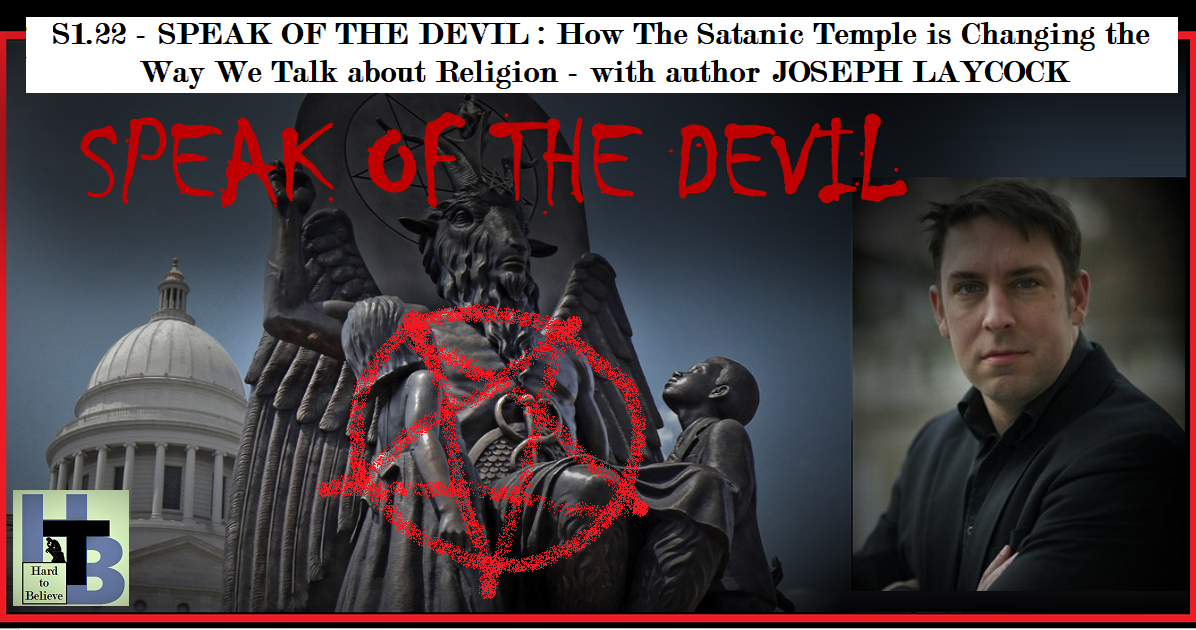 Joseph Laycock teaches religious studies at Texas State University. He has written extensively about the occult and new religious movements, including Speak of the Devil: How the Satanic Temple is Changing the Way We Talk about Religion. Since it’s Halloween season, John invited him to talk about the two sides of American Satanism – the one that existed only in the minds of panicked parents and religious zealots in the 1980s and 1990s, and the one that exists in reality today, a nontheistic counter-cultural religious movement  promoting social justice and freedom of thought, and spearheaded by the enigmatic and fascinating Lucien Greaves.