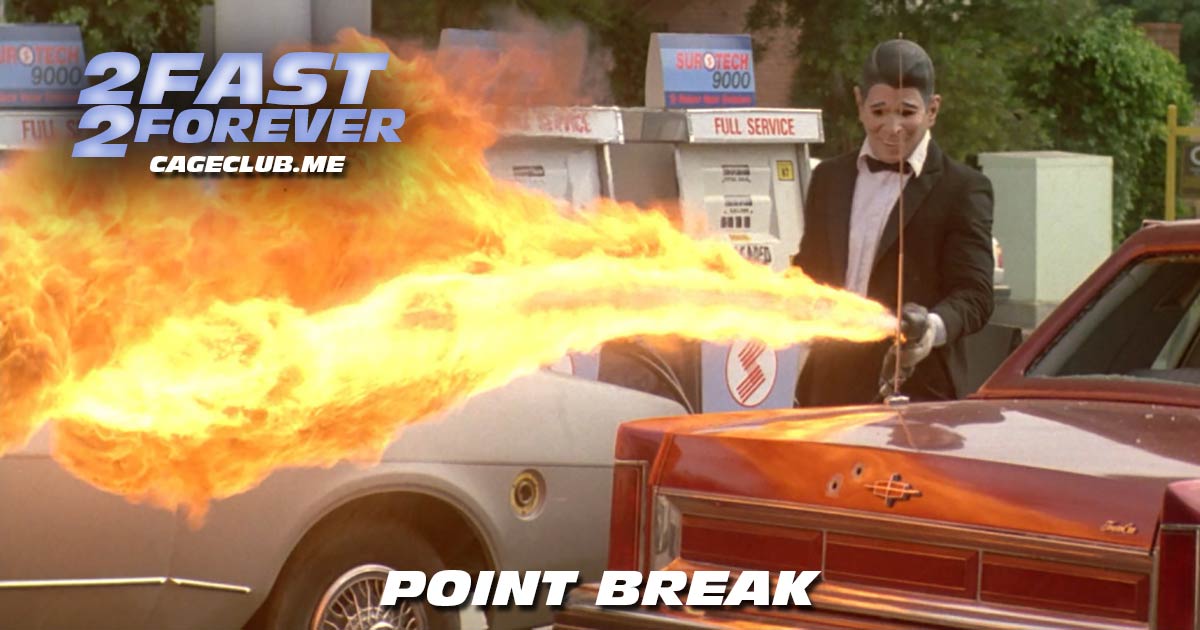 Vaya con Dios! We’re grabbing a parachute and an ex-president mask as we talk about the Keanu Reeves and Patrick Swayze film Point Break. First, though, we need to sort out the #FastX drama, so we sift through Vin Diesel’s Instagram posts and Justin Lin’s cordial farewell as we wonder, “Who’s going to direct Fast X now?” Then, we get a good “middle Dewey” story on Young Rock (43:25) (Season 2, Episode 7) before tackling an unintentionally hilarious (and waste of time) minute in 2 Fast 2 Furious (48:40).

When we get to Point Break (59:35), we think back to Joe seeing this movie for the first time and Joey seeing it “re-scored” by the Great White Caps. We talk about how it’s basically The Fast and the Furious (but more logical) as we compare the two movies’ homoeroticism and quotability. Also, we praise Gary Busey.