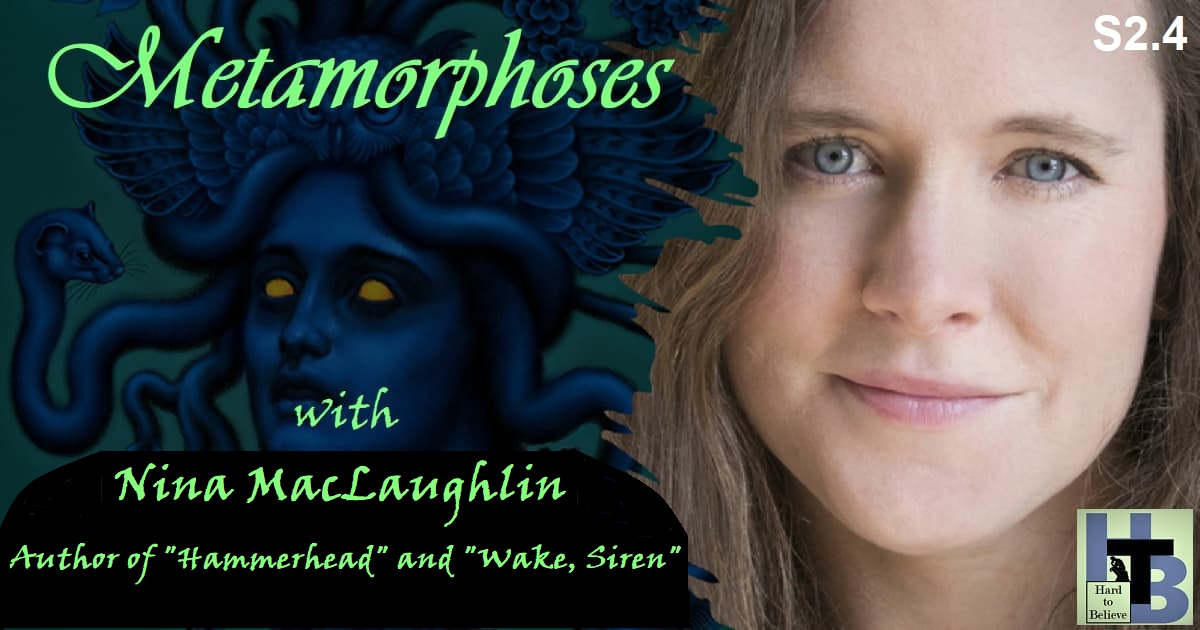 Thirteen years ago, Nina MacLaughlin found herself burnt out in her job as a journalist for the Boston Phoenix. A fateful visit to Craigslist would lead her to a new job as a carpenter’s apprentice that would change her life and help her rediscover her voice. In 2017, she published a memoir, Hammerhead, about her life as a carpenter, and, two years later, Wake, Siren: Ovid Resung, a reimagining of Ovid’s Metamorphoses told in the voices of its silenced women. She was also John’s cello stand partner in middle school orchestra.

She joined John to discuss the ways in which we can retell the myths we inherit to better reflect our own world, and her own 13-year metamorphosis, going from writer, to carpenter, to writer again, with a newfound love for carving spoons.