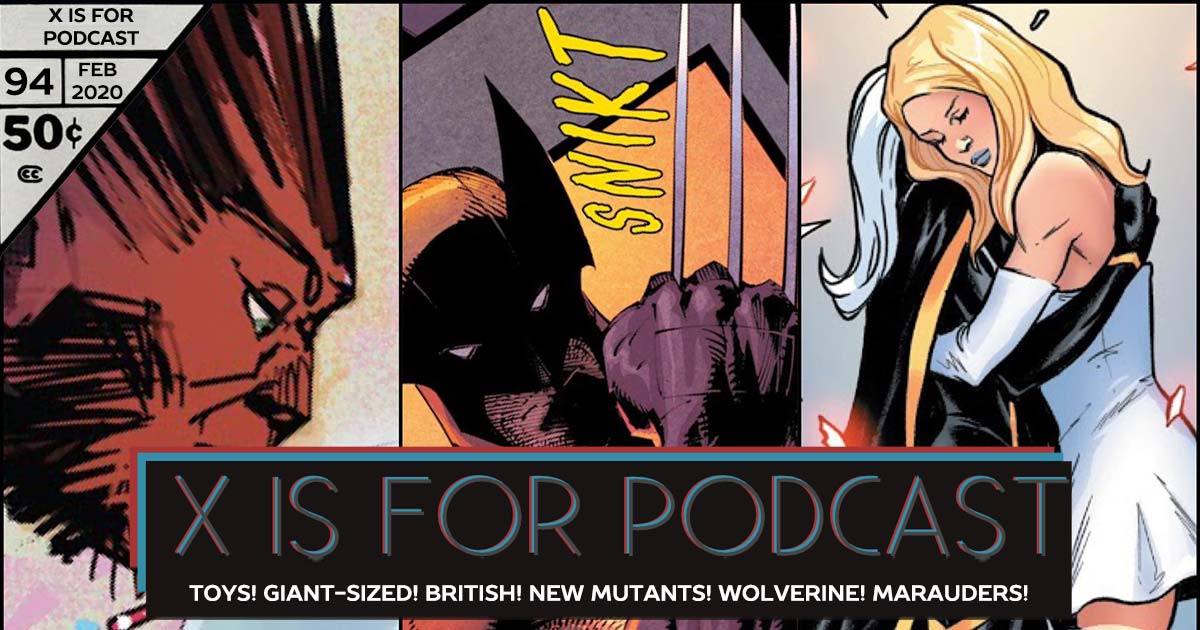 Wolverine’s back, the New Mutants are headed home, and things aren’t looking so good for Kate these days. But first! Hasbro unleashes an unbelievable number of new X-Men Legends toys! Giant-Sized X-Men finds its fifth lead in Storm, and the British heroes of The Union begin to poke their heads out of the ground! Then: to a wild week of crazy titles! New Mutants broke the fourth wall and our five collective heads, WOW-erine had two stories (and maybe lacked a little punch!), and Marauders emotionally broke everyone involved with this production. Of course, there’s still more! Like Gwenpool! Weird Sex Stuff With Sebastian! …and, again, Nico pitches self-possessed, sex-work-positive X-Brothel. AGAIN. Seriously. All this and (of course) more, like Kyle, Jonah, Regina, Dylan, and STEFAN?! on an all-new X is for Podcast! Read along with New Mutants 7, Wolverine 1, and Marauders 8.