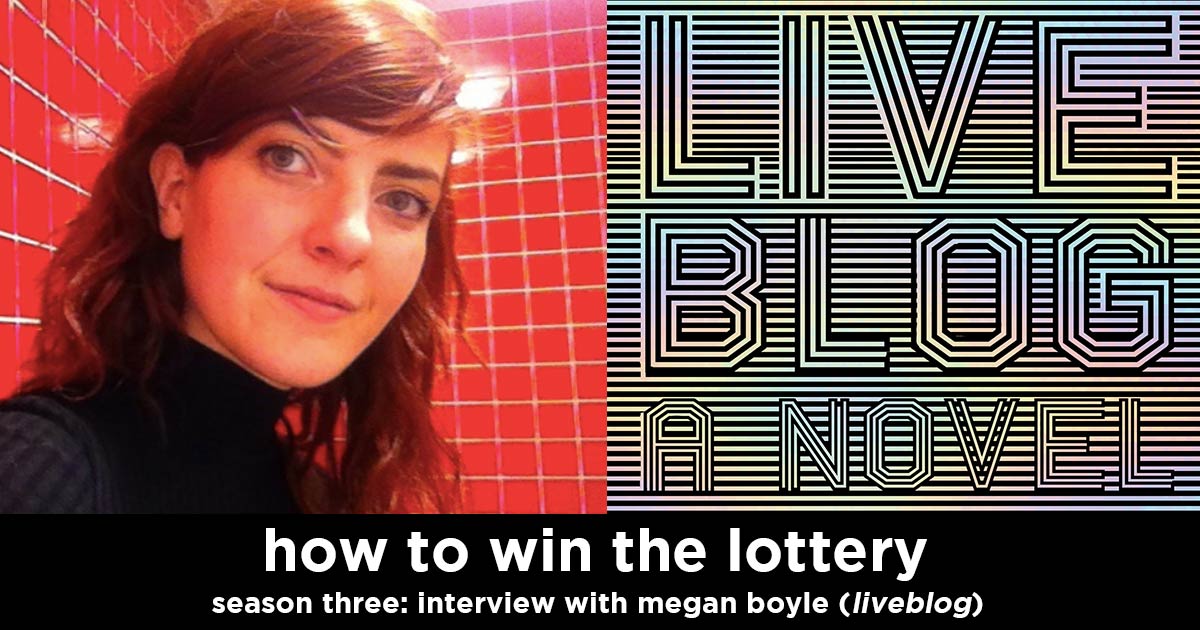 megan boyle swung by the ol’ lottery pod treehouse to talk with us about her book liveblog (and a whole lot more). after briefly pivoting to a bob-centric interview, we talk about liveblog existing in a different era of the internet, how her intentions in writing liveblog aligned (or didn’t) with how it played out, and whether the word “autofiction” makes her cringe. we talk about what liveblog would have been like if she thought about making it a book from the start, the process of adapting this from a tumblr into a book, and her transition away from a public persona online. bob pitches his return to liveblog idea; megan talks about her 2020 return to the liveblog format. joey reads some of megan’s writing to her. megan explains the thought process behind the 37-hour livestream reading. bob likens megan to david blaine. we get answers about megan’s parents’ sleep patterns. we talk about asmr (and kind of give each other asmr). we introduce megan to the idea of the quadrant. megan offers some stone cold nba locks.

empty words and the luminous novel by mario levrero
torpor, i love dick, and all other books by chris kraus
seven samurai swept away in a river and a contrived world by jung young moon

plus, a note from megan: “probably not ‘supposed to,’ but i read all david foster wallace as autobiographical (recommend everything but broom of the system & the pale king, which i haven’t read, but given what i know i feel like i’d probably recommend pk over bots). i actually read most fiction as autobiographical in some capacity; it feels farsighted to me when people act as though their imagination isn’t part of who they are.)

megan’s mini-module #2: “psychologically-minded memoirs that helped me on path i’m currently on”:
the words to say it by marie cardinal
juliet the maniac by juliet escoria
memories, dreams, reflections by c.g. jung