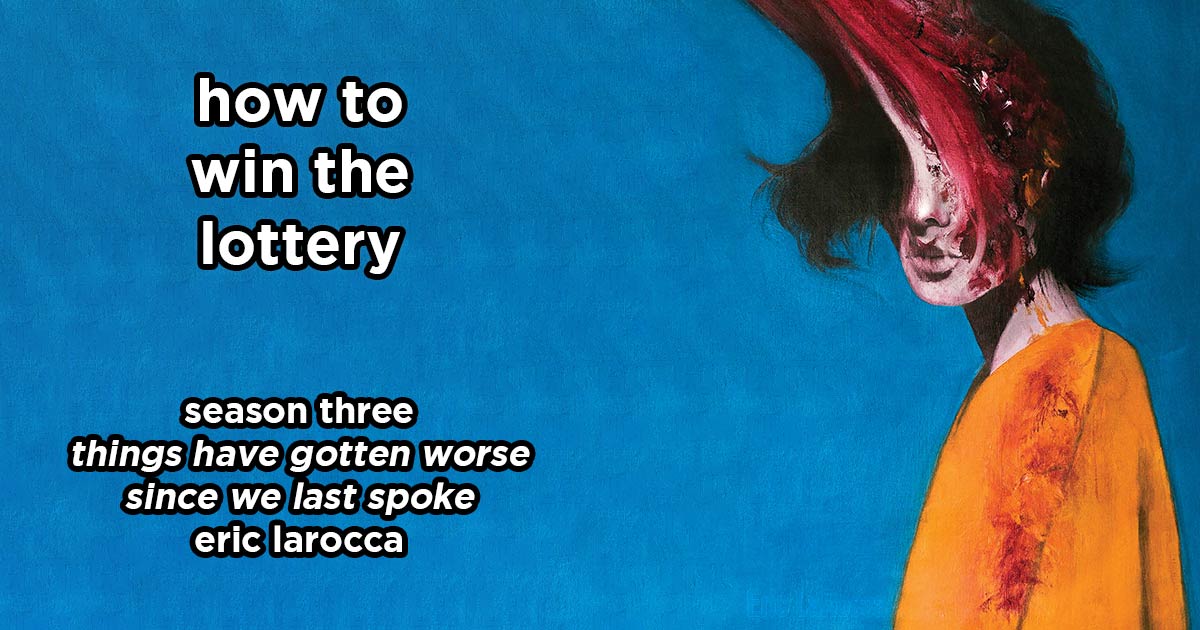 recorded in spooky season, releasing in the most wonderful time of the year (according to that one song), our internet module continues with things have gotten worse since we last spoke and other misfortunes by eric larocca. we talk about the different ways the titular story can be consumed, discuss why the narrative might be set in the year 2000, and lament the lack of variation in its epistolary style. we talk about how framing “things have gotten worse since we last spoke” as an internet story may be unfair to how we read it, then use egg’s email to guide our discussions about “the enchantment” and “you’ll find it’s like that all over.” shreds talks about the mcrib and being “pork drunk.”