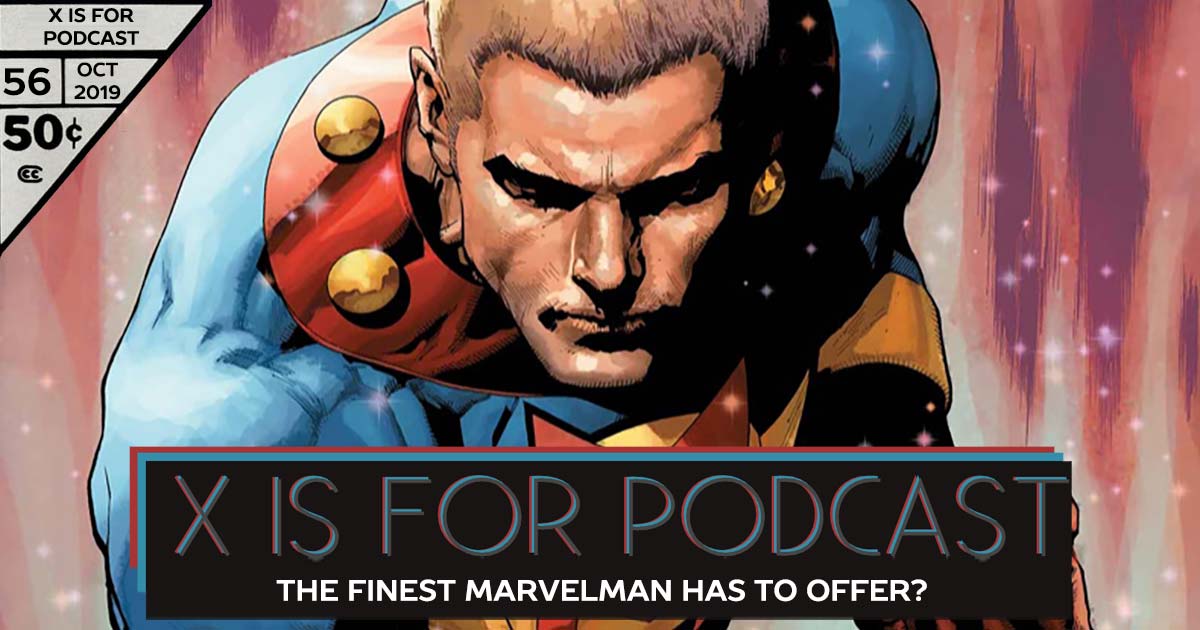 U.K. comics in the 1950s were restricted heavily by law, prohibiting large-scale importing of popular US comics, which left countless characters and worlds unexplored by American audiences. One hero, though, would go on to change the course of comics forever: MARVELMAN! Created by Mick Angelo in 1953, the Marvelman Family enjoyed a successful line of titles until lawsuits, laws, and licenses drove the title to extinction. Years later, Alan Moore, Alan Davis, Steve Dillon, Mark Buckingham, Neil Gaiman, and more would leave their mark on the character in the legendary revitalization. Marvel, having seemingly secured the rights, began a series of reprints to bring the character to modern U.S. audiences. Join Nico and Kevo on their detour from the adventures of Captain Britain — trust them, it’ll connect — in an all-new The Miracle of Marvelman: An X is for Podcast/Captain Britain Special! Read along with Marvelman Primer, Marvelman: Family’s Finest #1-6.