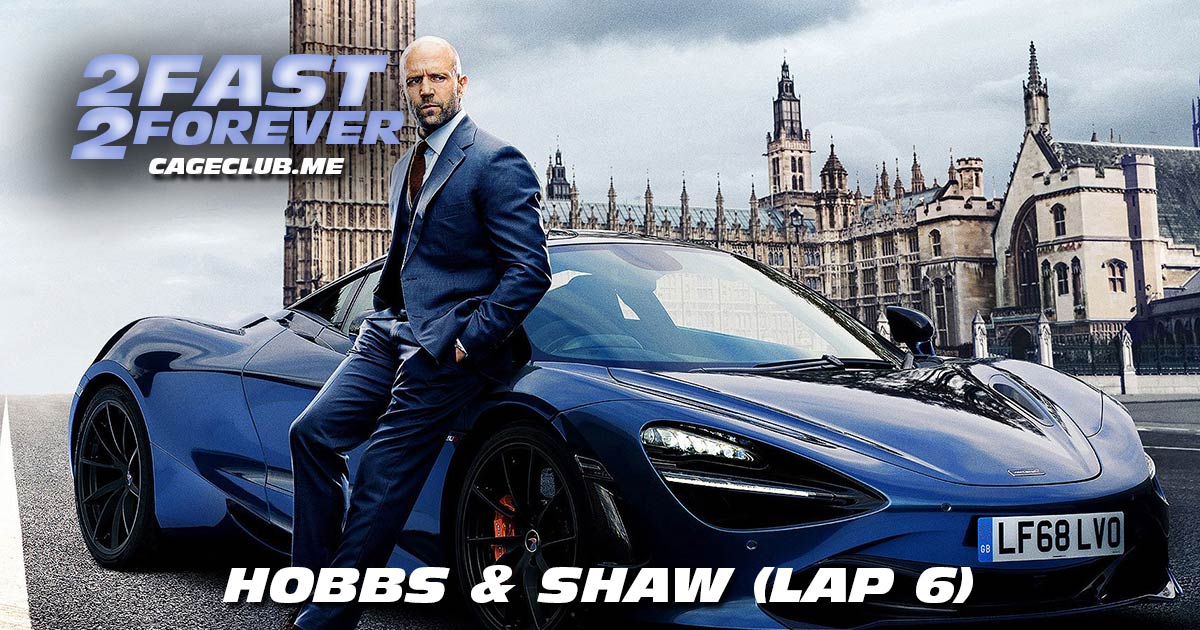 Is this your first day on the Death Star? You seem… new. We’re jamming ourselves into a McLaren and racing to cover Hobbs & Shaw. First, though, we’re headed to Race Wars in the Fast and Furious Minute, which is poised to firmly destroy our record-keeping through its sheer number of cars and extras. Then, we’re joined by Garrett Smith (I Like 2 Movie Movie, Cinema76) to talk about Hobbs & Shaw. We learn about his complicated journey to Fast and Furious fandom, the best answer yet as to whether or not Brian’s a good cop, and his idea on how where to take this series in Fast 10 and beyond. We also talk about why the Hattie Shaw character works as well as she does (and how she could have been even better), reasons why Madame M may be underused, the noticeable narrative divide in the middle of this movie, and how we could have fixed it. (Movie conversation begins around 58:15.)