X is for Podcast #120 – ’80s Mutant Mania: Neil Gaiman, Alan Moore, and Marvelman in the Age of Miracles 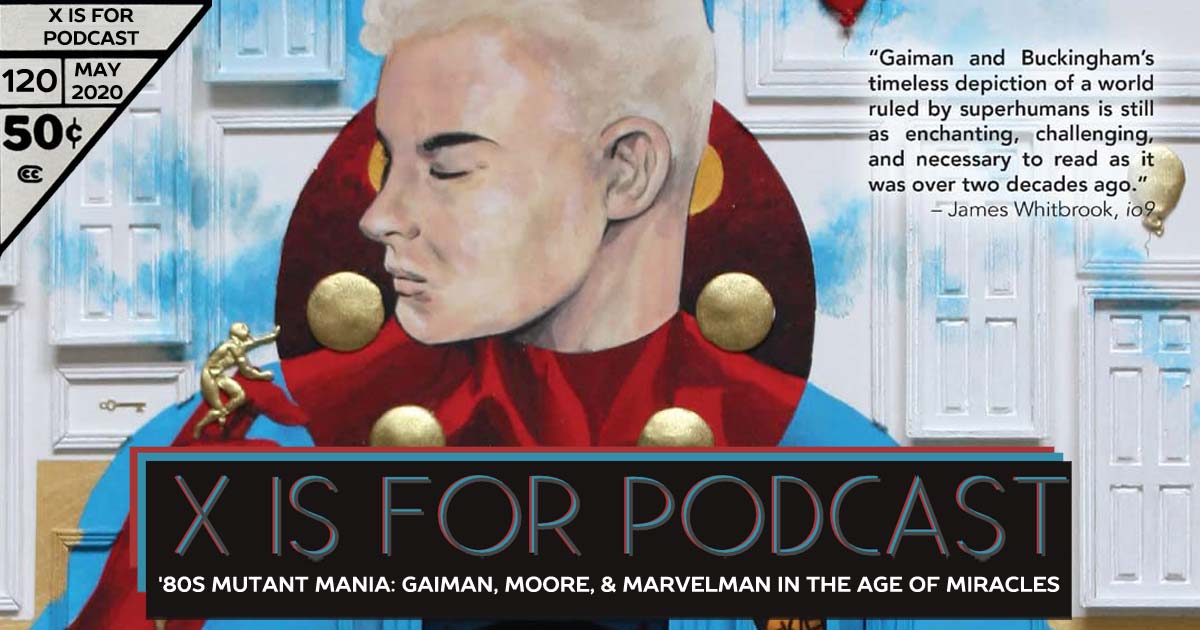 Nico and Kevo say goodbye to Miracleman, Marvelman, and Mickey himself! In the early 90s, after Alan Moore left the title, the editorial team behind Miracleman (at Moore’s suggestion) turned the reins over to Neil Gaiman and Mark Buckingham. Gaiman was entering the first rock star phase of his career, comics were shifting away from superhero-exclusive, and British works were being imported… oddly. Join the HTML Guys on X is for Podcast as they give a brief history of Moore and Gaiman’s publication during the Age of Miracles, take a look at the final completed arc of Miracleman, and say goodbye to the Miracleverse on an all new X is for Podcast! Read along with Miracleman by Gaiman and Buckingham #1-6.