Not every movie you watch needs to feed your brain. Sometimes, it’s important to sit back, relax, and just soak in stupidity. It’s movies like FIRE BIRDS that scratch that primal itch in the absolute best way. 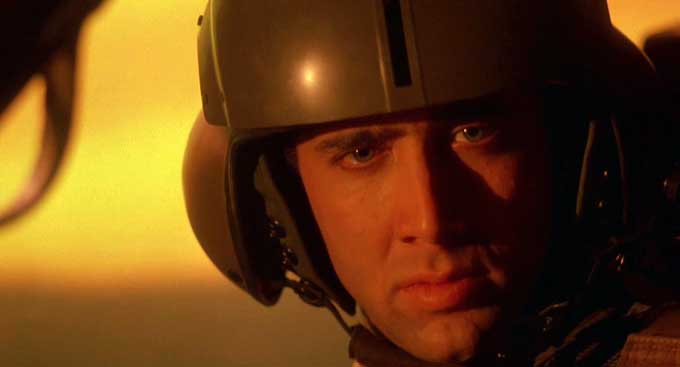 To say Fire Birds doesn’t have much of a plot is an exaggeration. I’m honestly not sure what the plot is. Drug cartels? Maybe? The movie is 80 minutes without credits, and an hour of that is spent training. Then there’s the big final battle. That’s about it.

But you know what? It’s wonderful. I haven’t laughed this much throughout many #CageClub movies. Fire Birds is a great example of a popcorn movie. It’s also very lowest common denominator in that there are a lot of cool lines said by cool characters with absolutely no context surrounding them whatsoever. That’s sort of what happens when you have FIVE people team up to write this thing — three writers for the story and two more for the screenplay. 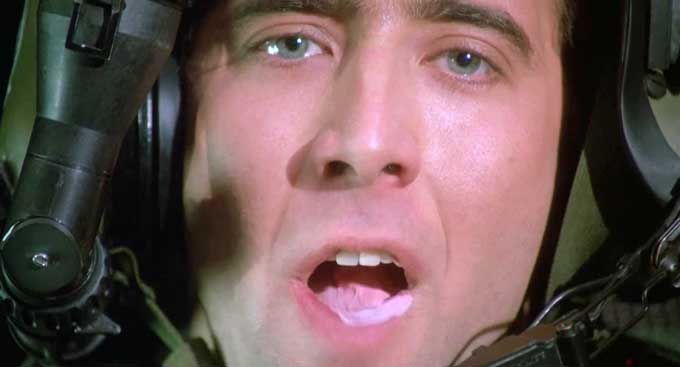 I envision the writers spending a lot of time coming up with badass quotes and then figuring out how to weave them into their screenplay. Whether that was their process or not, I have one thing to say: it works! It works so hard. Fire Birds is so much fun because all of its characters are so stupid and one-dimensional. They all love to fly helicopters, and they all live to fly helicopters. That’s pretty much the whole movie. Yes, Tommy Lee Jones has a midlife crisis and Nicolas Cage has to overcome left-eye dominance (seriously), but everything in this film revolves around a love of flight.

Jake Preston (Cage) just loves to fly. Shots of helicopters come fast and furious in this movie, many of which have no context to tell you what’s really going on. And that’s totally fine! The action sequences are all edited together pretty well, and the film flies by. We’ve watched a lot of really heavy stuff so far in #CageClub, so it’s nice to sit back, enjoy the ride, and watch Nic Cage chew bubble gum and shout, “I. AM. THE GREATEST!” at the helicopter simulation he’s playing. 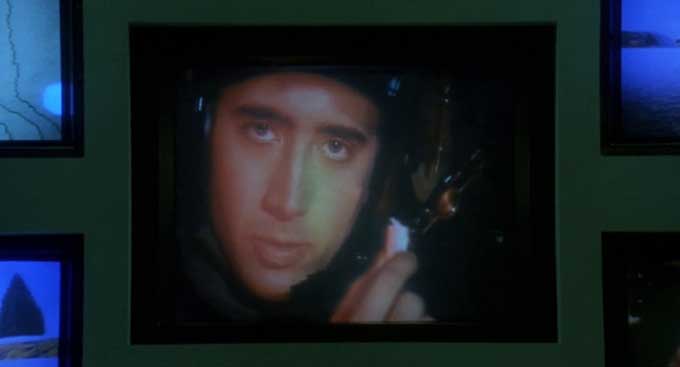 There are many ways you could fix this movie and make it good; we cover this plenty on the podcast. But not everything necessarily needs to be perfect. Sometimes, it’s just fun to watch a guy like Nicolas Cage fly a helicopter and blow stuff up. This movie wants to be TOP GUN so bad it hurts, and it doesn’t really come close. But, as the quote on the DVD case says, “If you love Top Gun, you’ll have a great time!” (It really says this on the case.)

There’s an entire sequence of sex jokes in the style of puns about flying. It’s wonderful. It’s remarkably tame, too; aside from a few moments, this is genuinely a movie that just about all ages could enjoy. (You know, except for highbrow cinephiles wouldn’t dare sully themselves with a popcorn film.) Is the movie good? No. Does it make any sense? Yes! But only because its story is so basic. There’s a bad guy who’s somehow (a) the best helicopter pilot in the world and (b) also in charge of the cartel, which is seemingly a global conspiracy. He’s a very powerful man, and set up from the beginning of the movie to be the guy Cage battles in the end. (Spoiler alert: he is.) 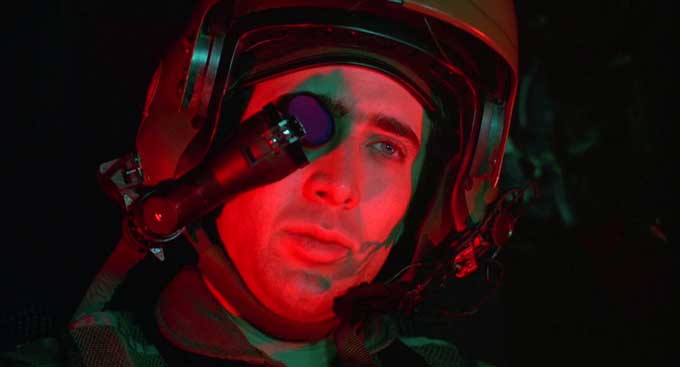 This is a movie in which none of your favorite characters are really in any danger of dying, because that would be a bummer and this movie wants to deliver a good time. Mike has a really interesting idea as to why the movie is made like this, which I love. But I won’t spoil it here! You’ll have to wait until tomorrow for the podcast.

Aside from the drug cartel filling our streets with drugs, all of the film’s conflicts could be solved by (a) moving Cage’s eye sensor to his other eye, (b) buying Tommy Lee Jones a sports car, and (c) making Nicolas Cage’s character more open to his on-again, off-again girlfriend having a dangerous job. That’s how low stakes everything is. But in between all these non-conflicts, we get action and excitement and cool one-liners and attractive people doing fun things. It’s really all you could ask for in a popcorn movie. 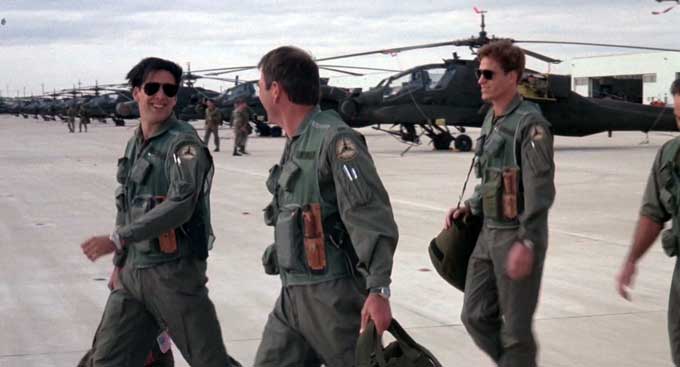 I’ll take you out on one of my favorite lines:

“You like history? Well you better start, cause we’re about to make some.”

How can I watch it? It’s not free to stream on Amazon or Netflix, but it’s incredibly affordable to buy if you want some mindless fun.

What’s up next? We dive into the import DVD world of ZANDALEE! I’m nervous about this one because my DVD case is (I think) entirely in Chinese. Hooray!