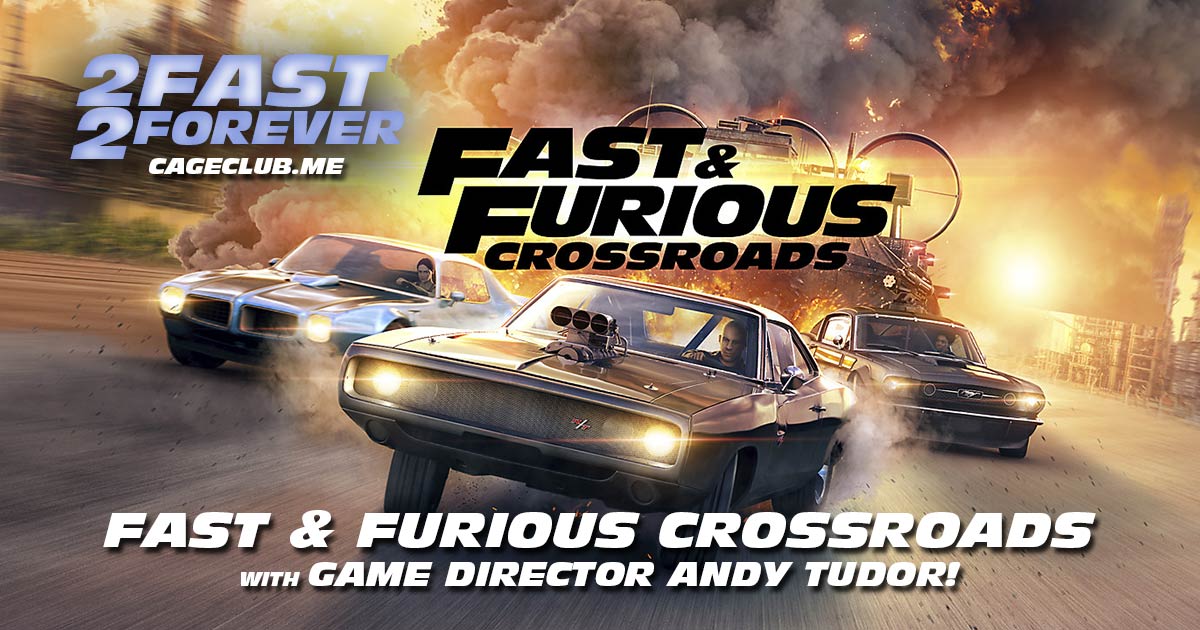 While the pandemic may have pushed Fast 9 to next year, diehard Fast & Furious fans were given the gift of more canonical content with Fast & Furious Crossroads, the brand new video game from Slightly Mad Studios. We’re joined by the game’s director, Andy Tudor, to dive deep into the latest Fast & Furious story.

In this episode, we talk about how the team approached existing characters, how they dreamed up (and incorporated) new ones, and how the game’s story factors into The Fate of the Furious, Fast 9, and Hobbs & Shaw. We also talk about the importance of 2 Fast 2 Furious and The Fate of the Furious on Fast & Furious Crossroads, the inspiration for the game’s many set pieces, and how the game’s villains tie into the franchise’s overall narrative.

We also explore the progressive queer representation depicted in the game, how these new characters reflect upon previously established ones, and how the team cast actors like Sonequa Martin-Green, Asia Kate Dillon, and Peter Stormare. We talk about the game’s length (and why people may be looking at it in the wrong way), Andy’s dream addition to the Fastiverse, and why he felt that Dom could take a step back and let Letty (and, by proxy, Michelle Rodriguez) shine in the game’s narrative.

Also, for everyone hongry for more Fast & Furious content, we talk about the greater part that Cipher may be playing in the franchise, the future of Hobbs and Han, and where the family may be globetrotting to in Fast 9. Last — but certainly not least to long-time 2 Fast 2 Forever listeners — could we finally get a definitive answer on what “no knees Denise” means? (Video game conversation begins around 47:00.)