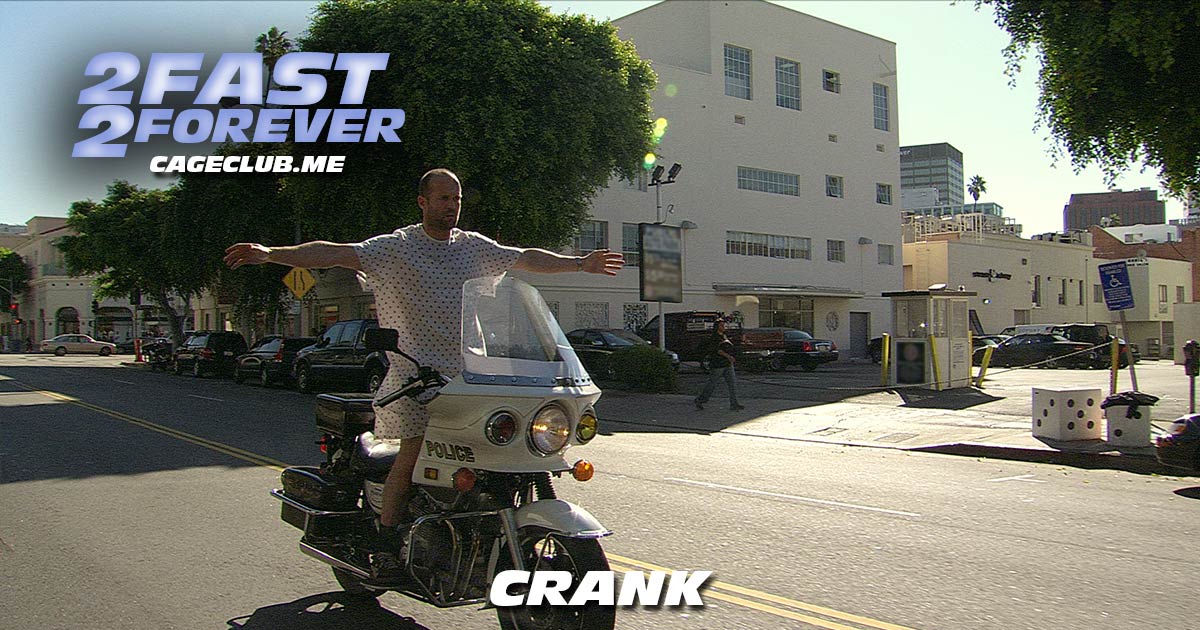 We’re celebrating “Christmas with the Cranks” with (no additional modifiers) fan favorite Garrett Smith this week, and we’re kicking things off with the original Crank! After chatting about the MCU and Mike Flanagan stuff for a while, we make a strong pitch for the Patreon and what to watch between now and New Year’s Eve, including the (delightful) Young Rock holiday special. Then, we’re hunting for roads in and around Miami in the 2 Fast 2 Furious Minute (28:25) and diving deep into MC Jin’s life and career. Then, Garrett joins us to talk about Crank (49:20) as we wonder whether Chev Chelios and Deckard Shaw are the same guy. We also talk about Statham’s commitment to the part (and why he was perfectly cast), we chat about Nicolas Cage a bunch, and then have the weirdest “did you catch this guy in this movie” conversation we’ve ever had.