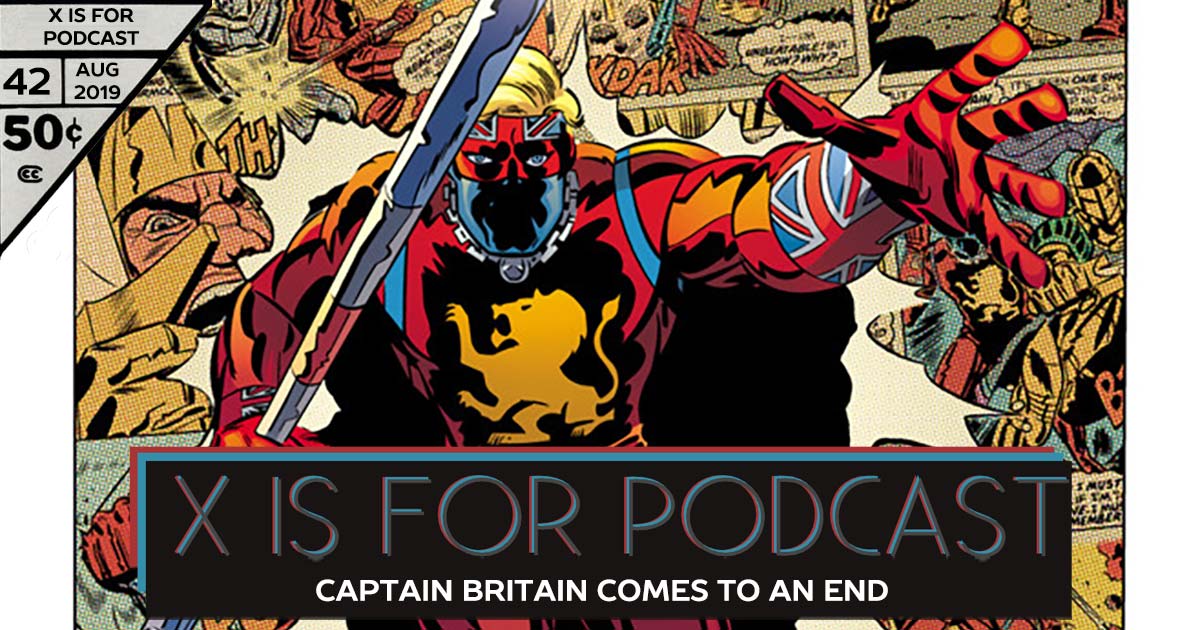 Nico and Kevo have spent the last year tracing Captain Britain’s journey from debut through obscurity in a vain attempt to trace intent and development across the character’s unfortunate and storied canon. After having his title canceled and bouncing from back-up to back-up, Brian Braddock has come to the end of his adventures as a sidekick, wrapping up the Black Knight Saga before a revolutionary, deconstructed, political take on the character! Join Nico, Kevo, and another costume corner from Taryn on an all-new, all-different X is for Podcast! READ ALONG: Hulk UK 43-63 (available in Captain Britain Vol. 2: Siege of Camelot).