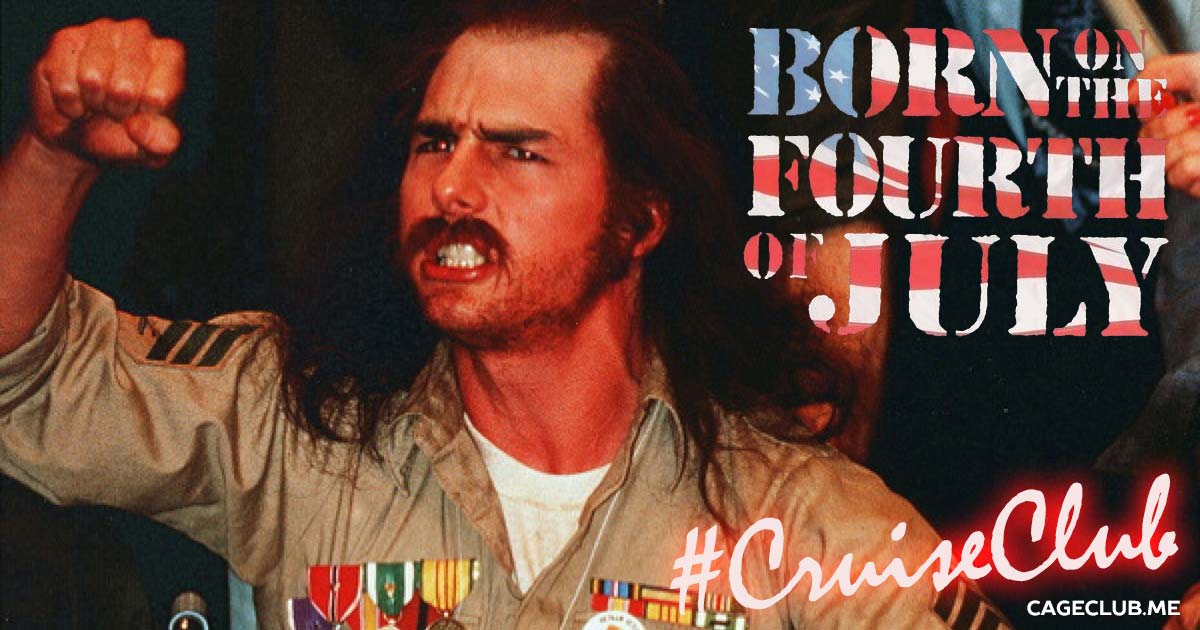 The hits keep on coming! Born on the Fourth of July is an important marker in the history of #CruiseClub as it represents Tom Cruise’s first Academy Award nomination, and joining us to talk about this movie is Jeremy Kelly. In this episode, we discuss the studio’s hesitation to cast Cruise — and why they shouldn’t have worried — as well as Tom Cruise’s first true dramatic role, the similarities and differences between this movie and Top Gun, and baby Kyra Sedgwick. We also throw heaps of #CruiseClub award nominations this film’s way and look ahead to Cruise’s next Academy Award nomination, which is once again for a movie about the Marines. (We’re starting to sense a pattern here.) #HANX for the Memories may be picking up steam, but #CruiseClub is firing on all cylinders!